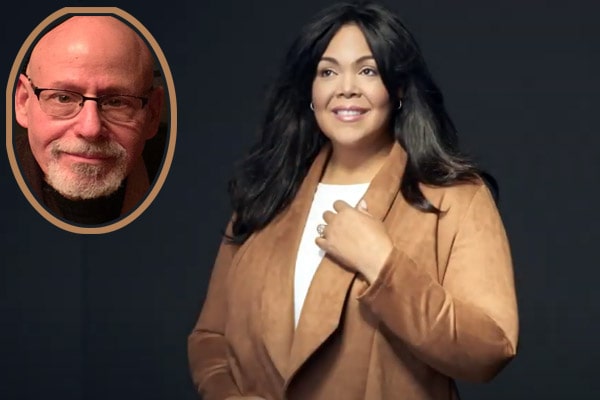 The late Muhammad Ali‘s daughter Khaliah Ali became part of the massive protests against racial discrimination since the killing of George Floyd. Not only Khaliah but her son Jacob Wertheimer also joined the rally along with his mom. Recently, both mother-son duo is in news headlines regarding their movement towards the end of racial injustice.

Many of the legendary Muhammad Ali’s daughter Khaliah’s fans might be wondering about her personal life, including her lucky husband. So, here in this article, we have done our best to disclose some facts about Khaliah Ali’s husband, Spencer Wertheimer. Please stick with us through this article.

The son-in-law of Muhammad Ali and a responsible husband of Khaliah Ali, Spencer Wertheimer, is a lawyer. He specializes in intellectual property and personal injury trial law. Wertheimer has practiced law for over three decades.

The professional legal practitioner, Spencer, has worked for clients in several states as well as foreign countries. In gone days, Wertheimer provided service for the Philadelphia Redevelopment Authority in several cases dealing with Civil Rights in the US Supreme Court.

Furthermore, Spencer Wertheimer is a proud member of all Pennsylvania and Federal Courts. Moreover, he got the recognization as ‘trial lawyer Stalwart’ for his service in trying the landmark case of Reinhart v. city of Philadelphia dealt in 15 ATL477.  Similarly, Khaliah Ali’s spouse fought and won numerous landmark cases in the Pennsylvania Supreme Court.

Moreover, Spencer is a former Assistant US Attorney for the Eastern District of Pennsylvania and a periodic arbitrator plus a member of the American Arbitration Association. Additionally, Wertheimer has also lectured on Civil Trial Practice at Temple University Law School.

Spencer Is A Former Army

The talented man of Khaliah, Spencer specialized in the 400 meters, broad Jump and Triple Jump at Pennsylvania. The same skill and variety held him in the Army for two years together with a tour in Vietnam.

After getting back to Philadelphia, leaving the job of Army, Wertheimer hung up his law Shingle and did lots of intellectual property law. He began dealing with the clients of the entertainment industry. Wertheimer represented various award winners, nominees, and performing and visual artists.

A Friend Of Khaliah and Spencer United Them

In 1997, the Philly lawyer, Spencer, was head of the city’s Art Council when he attended an event at Penn Annenberg Center. And there, the avid lover of arts, Spencer spotted his friend Jackie Frazier-Lyde. She happened to be the best friend of Khaliah Ali too.

Jackie, present municipal court judge in Philly, introduced Khaliah to Spencer. Khaliah’s beauty attracted Spencer immediately. Since then, they began meeting often. A year later, in 1998, Khaliah and Wertheimer tied their marital knot. It was a proud moment for Spencer and Khaliah for their very friend who introduced them, performed the wedding ceremony.

Spencer Shares A Son With His Wife Khaliah

The representative of numerous award-winning entertainment personalities, Spencer is a pleased father of a son with wife Khaliah. The couple welcomed their son, Jacob Wertheimer, in 1999.

Spencer’s son, Jacob, is a law student at Harvard University. Besides, Jacob accompanies his mother Khaliah in philanthropic and charity works. He shares a special bond with his humanitarian late grandpa Muhammad Ali who always took a stand against racial injustice. As a result, Jacob is with his mom Khaliah supporting the protest against racial discrimination that woke up after the Murder of George Floyd.

Apart from son Jacob with Khaliah, Spencer has a son named Josh Wertheimer from his past relationship. He is working in the muzic biz in New York. The information in regards to the baby mama of Spencer’s other son, Josh, is far from the reach of media.

Has Experience Working In Various Posts

Apart from being a qualified attorney of Philadelphia, Khaliah Ali’s better half, Spencer has experience working in various fields. He is neatly melding his interest in other areas with his business.

With a keen attraction towards art, Spencer worked in various entertainment-related sectors. Wertheimer is ex-Vice Chairman of the Philadelphia Music Alliance and former Board Member of the Wilma Theatre, Philadelphia Theatre Company, and Pennsylvania Ballet. Also, he is past President of Historic Rittenhouse.

In the present, Khalia Ali’s husband, Spencer, is in the Arts’ Advisory Board of the Princess Grace Foundation. Also, he is on the Kimmel Center’s Board in Philadelphia.

Also, attorney Spencer Wertheimer is a Playwright. He has written several plays, including ‘Your Simone,’ presented in 2004 at 45Bleeker, New York City. Other scriptwriting of Spencer credits goes to Arturo Ui, Brechts Revolt, Selective Justice, and Verdict in Detroit. The Verdict in Detroit was a National winner of the Harold Kohn Award for ‘Plays Involving the Law.’

Finally, talking about the availability of Khaliah Ali’s spouse, Spencer, in the social media pages, it’s a no-no from his side. Wertheimer does not have any social media pages registered to his name. In all likelihood, Spencer likes to live a healthy life with no social media dramas.