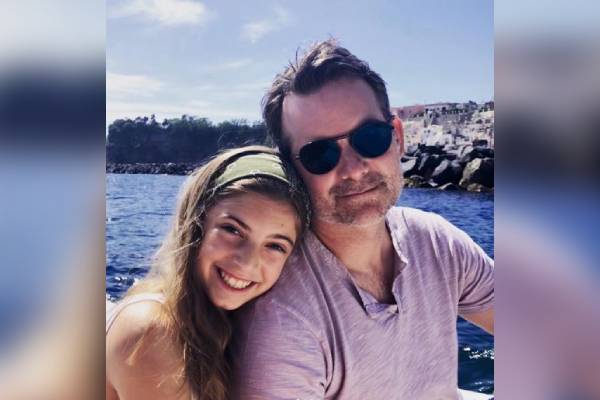 Jeffery Michael Gordon, popularly known as Jeff Gordon, is an American former professional stock car racing driver who raced from 1993 to 2015. He drove the No. 24 Chevrolet for Hendrick Motorsports and established himself as one of the most influential drivers in the history of NASCAR. Upon retiring, he started his broadcasting career and currently serves as the Vice Chairman for Hendrick Motorsports.

Jeff is not only a successful sports personality but also a proud father of two children. He shares the kids with his lovely wife, Ingrid Vandebosch. They must be having a splendid time growing up together. So, has Jeff Gordon’s daughter, Ella Sofia Gordon continued his legacy? Let’s find out in this article.

Ella Is The Eldest Child

As mentioned earlier, Ella is the Hendrick Motorsports Vice Chairman, Jeff Gordon’s daughter. He first entered into fatherhood after she arrived on June 20, 2007, at 9:09 a.m. in New York. She weighed 7 lbs, 1 oz at the time of her birth. Ella Sofia Gordon’s dad shared the news of her arrival on his website.

Gordon stated that it was an incredible experience and the couple was happy and overjoyed. In December 2006, Jeff shared the news of their pregnancy. Just like at the time of sharing about her birth, he wrote on his website that he and his wife were very excited. He further exclaimed that Christmas came early for them that year as they had a very special gift for them.

The parents were overjoyed with her arrival. Ms. Gordon must be having a splendid time growing up.

As mentioned earlier, Ella is not the only child of her parents. In February 2010, Ella Sofia Gordon’s parents shared the news about their pregnancy through his website. Then, at 8:53 a.m. on August 9, 2010, her little brother Leo Benjamin Gordon arrived. Her sibling weighed 7 lbs, 2 oz at the time of his birth. Her dad also shared the news on his website. The Gordon siblings must have a good bond.

Furthermore, Ella Sofia Gordon’s dad and mom have been sharing a blissful marital life since November 2006. The couple met at a party in 2002 and started their romantic relationship in 2004. The duo, who fell in love the first time they laid eyes on each other, have been enjoying their courtship all these years. Upon the arrival of Ella and her sibling, they are living a comfortable life in the South Park neighborhood of Charlotte, North Carolina.

Jeff Gordon’s Daughter Is Already Behind The Wheel

Being born to a renowned racer and growing up in a racing household, many fans must be wondering if Ella has followed in her old man’s footsteps. Ella, whom Jeff refers to as his “little princess,” has become NASCAR’s little princess as well. Even without her dad, fans greet her like a princess. Furthermore, her grandfather, John Bickford taught her how to interact with the fans, i.e.smiling and waving to the crowds.

Jeff Gordon’s daughter has also taken after her model mom as she is intrigued with cameras. Not only that, but she also met President Barack Obama in September 2011. In addition, she often made a presence at her dad’s races with her mama.

Not only is she watching the races, but Ella has also started to get behind the wheel. Her first racing opportunity came in April 2014, when her dad and mom put her on a quarter midget for the first time.

Talking about the experience of seeing his baby girl driving the midget, Jeff said that he was terrified as from a parent’s point of view, it was tough to watch her go around there and not have any control over what was going on. As per him, she’s not that interested in racing. She is mostly around racing sports so it is not that hard for her not to be influenced by it. However, Ella’s parents do not want to keep her away from racing if she wants to.

As Ella’s dad is a former racer, could it be she has gotten some tips from him?

Nonetheless, Jeff Gordon’s baby girl seems to be doing well. She must be currently focusing on her studies. Hopefully, we will get to learn more about her career interest soon.

The name Ella is a girl’s name which has German and English origin. It means “all, completely; fairy maiden.” Likewise, Sofia has a Greek name that means “wisdom.”