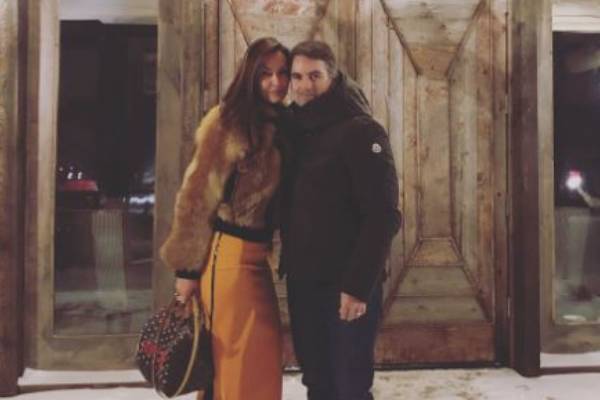 Jeff Gordon is a renowned former professional stock car racing driver. Born Jeffery Michael Gordon in Vallejo, California, Jeff is the Vice Chairman for Hendrick Motorsports. He raced full-time for several teams from 1993 to 2015. Regarded as one of the most influential drivers in NASCAR history, he helped the sport reach mainstream popularity.

Besides being a successful sports personality, Jeff is a happily married man. He has been married to Ingrid Vandebosch for over a decade. The racing fans have always shown keen interest in learning about Mrs. Gordon. So, today’s article is about Jeff Gordon’s wife. Get to know more about her through these interesting facts.

As mentioned earlier, Ingrid Vandebosch is Jeff Gordon’s spouse. In 2002, Gordon was attending a party in Hamptons. While lounging by the pool, he saw Ingrid relaxing nearby in a swimsuit and was instantly smitten. She was attending the same party with a male friend. The former race car driver approached the guy and inquired if they were dating. Mrs. Gordon’s male friend replied no, and Jeff asked to be seated next to her at dinner.

That night, the couple had their first conversation. Just like Jeff, Ingrid was also impressed by him. However, he was careful at the dinner that no photos were taken of them together. Ingrid’s then-future beau was entirely hands-off as he was amidst the divorce from his first wife, Brooke Sealey, and it featured several lawsuits and tabloid coverage. She was intrigued when he told her that no one should take their pictures.

A few weeks after their first encounter, the former driver invited Vandebosch to a race in New Hampshire. Every time they were together, he felt love-struck. However, the duo could not start their romantic relationship due to his ongoing bitter divorce from Sealey. So, they remained friends for the next two years.

Kept Their Engagement A Secret

Fast forward to 2006, it was already two years since the lovebirds started dating. On Mother’s Day that year, the pair were sitting on a couch where they had a conversation about their future. Gordon was not planning on proposing, and he did not even have an engagement ring. But as their conversation proceeded, the power of the moment struck him.

Ingrid Vandebosch’s partner had made a pact with himself that he would not get married until he retired as a racing driver. But seeing her and their conversation urged him to propose to her. Hence, he asked Ingrid why don’t they get married. The engaged duo kept their engagement a secret for nearly six weeks.

Then, on June 24, 2006, Jeff held a croquet party at Meadowood resort. At the time of sunset, the racer raised a toast and declared he and Ingrid were no longer dating. He paused for a while and let his friends and family wonder if they parted ways. Then, he gave them a surprise by announcing their wedding. In November 2006, the lovebirds walked down the aisle in a private ceremony in Mexico.

Following the wedding, the duo spent their honeymoon weekend in Phoenix. It must have been a joyous ceremony. Ever since the married pair have been living a harmonious life.

Ingrid Is A Proud Mother Of Two

It has been sixteen years since Ingrid and Jeff tied the knot. In all these years of sharing marital bliss, Mr. and Mrs. Gordon have welcomed two children. Jeff Gordon’s wife gave birth to their daughter, Ella Sofia Gordon, on June 20, 2007. Three years later, on August 9, 2010, their son, Leo Benjamin Gordon, arrived.

Jeff Gordon’s children with Ingrid were often present at his races. Furthermore, Ingrid’s daughter has already followed in Jeff’s footsteps. As per Heavy, she drove a quarter midget for the first time in 2014. Likewise, Ingrid’s son might also be interested in racing like his dad.

Nonetheless, Ingrid Vandebosch’s kids seem to be doing well. They often travel to several countries together.

Who Is Jeff Gordon’s Wife?

Jeff has established himself as one of the most successful racers of his time. On the other hand, his other half has made a name for herself in a completely different industry.

Jeff Gordon’s spouse was born on November 8, 1970, in Belgium. In 1986, she began her modeling career in the Netherlands. Then, the following year, she moved to Paris, where she modeled for the next seven years. She worked for several companies, including Christian Dior. The gorgeous lady was even featured in several international magazines like Marie Claire, ELLE, Glamour, and Vogue. Later, she moved to New York and worked for a cosmetics line.

Ingrid mainly came into prominence as one of the participants in Elite Model Look in 1990. It is one of the most prestigious international contests in the modeling world. Moreover, she even appeared in the Sports Illustrated Swimsuit Issue in 2008. She also appeared in the 2004 movie Taxi as the third robber.

The Gordon duo supports several charities. Furthermore, they run The Jeff Gordon Children’s Foundation, which the HMS vice chairman started in 1999. The foundation supports children battling different forms of cancer by providing funds. Ingrid Vandebosch Gordon even traveled to Rwanda to help a children’s hospital with their daughter in 2011.

Jeff Gordon’s wife seems to have prioritized the role of a loving mother and partner over her modeling career. She often accompanies her hubby to several events. During his racing career, when their children could not attend his races, the former model used to take a helicopter to the track and leave the following morning as she could not be away from their babies for a long time.

All in all, Ingrid seems to be doing well. Jeff is indeed lucky to have such a beautiful and loving spouse. We wish the duo lifetime of happiness and prosperity.