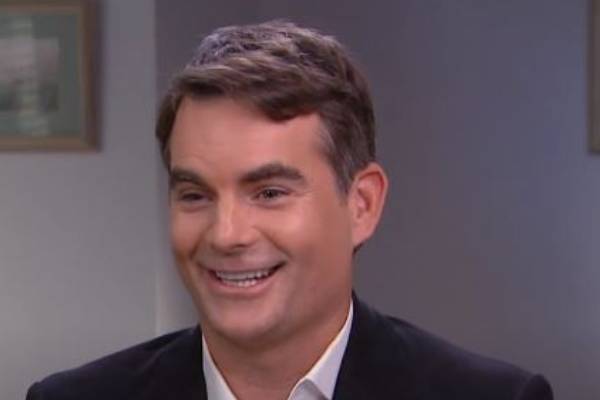 Jeff Gordon, born Jefferey Michael Gordon, is one of the most influential drivers in the history of NASCAR. The former professional stock car racing driver raced full-time from 1993 to 2015 for several teams. In his professional career, he assisted the sport in reaching mainstream popularity. He currently serves in the Vice Chairman position for Hendrick Motorsports.

Despite having a successful career, Jeff’s marital life could not be long-lasting initially. Before marrying his current wife, the racer shared marital bliss with Brooke Sealey. Having been married for a short time, what was the reason behind their divorce? So, today’s article will be all about Jeff Gordon’s ex-wife, her whereabouts, and why their marriage came to an end.

Kept Their Relationship A Secret

As mentioned earlier, Brooke Sealey, aka Jennifer Brooke Gordon, is Jeff Gordon’s ex-spouse. The former couple met in February 1993 at Daytona International Speedway. He was the youngest, cutest, and hottest driver in the sport, who had just claimed victory on one of the Twin-125 qualifying races that led up to the Daytona 500. On the other hand, she was Miss Winston.

The former duo laid eyes on each other for the first time at the Speedway, but he had already seen Sealey’s pictures. Moreover, a mutual friend said they would make a perfect pair. Furthermore, he revealed that he was wowed even before meeting her, and found an excuse to talk to her after winning the race.

Gradually, the then-smitten couple started their relationship. The former pair kept most of their relationship a secret because it was against the rules that any driver could not date Winston models. However, they used to date so secretly that once Brooke waited two hours for another flight when Darrell Waltrip‘s team arrived at the gate when she and Jeff were about to board a flight together.

In December 1993, Brooke’s season as Miss Winston officially ended. At that time, her then-boyfriend was honored as Rookie of the Year at the NASCAR awards banquet. That was where the ex-pair revealed their relationship. In February 1994, the former racer proposed to his partner in a huge private room at a French restaurant. Then, on 26 November of the same year, Jeff and Brooke exchanged their vows.

Only lucky are those who get to enjoy an enduring marriage. In this case, the former NASCAR star could not be that successful. Who would have thought that Brooke and Jeff, who were smitten from the first time they saw each other, would one day go through an ugly divorce?

In March 2002, Jeff Gordon’s ex-wife filed for divorce, citing the marriage was irrecoverably broken due to his marital misconduct. The filing came a year after he was linked with an actress and fitness model, Deanna Merryman, by a supermarket tabloid. Likewise, he was again linked with Amanda Church in February, and they were rumored to be living together.

Jeff also counter-sued his ex for the cheating allegations. Their divorce was finalized in 2003. In the court paper, she asked for their $10 million Palm Beach mansion, a $70,000-a-year private chef, and regular use of the Lear Jet and yacht. Furthermore, Sealey also requested alimony and two cars.

The settlement was worth $15.3 million after multiple lawsuits. As a result, Jeff and Brooke’s divorce has been said to be one of the most expensive divorces in sports history.

Jeff Gordon’s Ex-Wife Got Into A Custody Dispute

Seven years after Jeff and Brooke divorced, the latter gave birth to a son, Adam, with James Dixon II of Charlotte on September 9, 2009. However, she gave him her ex-hubby’s last name, which she kept even after they separated. As a result, she got into a custody dispute with her baby daddy.

As per the report, Brooke Sealey’s baby daddy asked for $10,000 a month in child support, a Mercedes Benz, and a house valued at over $1 million. During the custody battle between Jeff Gordon’s ex-wife and Dixon II, the latter’s attorney said it was inappropriate for the baby to be legally named under him as he is neither the father nor a blood relative.

However, it is not known if the dispute has been settled.

Brooke Sealey’s Ex-Husband Has Moved On

When he was amidst the divorce from Brooke, Jeff met Ingrid Vandebosch in 2002. Two years later, the duo started their romantic relationship. On 2006 Mother’s Day, Brooke Sealey’s ex-husband proposed to his beau. However, the pair kept their engagement a secret for nearly six weeks. Then, in November 2006, the lovebirds took their wedding vows in a private ceremony in Mexico.

Furthermore, Jeff and Ingrid welcomed their daughter, Ella Sofia Gordon, on June 20, 2007, and their son, Leo Benjamin Gordon, on August 9, 2010. The family of four is living a blissful life.

On the other hand, as of 2010, Jeff Gordon’s former wife was married to Mullins Mcleod. In addition, Brooke Sealey’s husband is the former South Carolina gubernatorial candidate. However, it is unknown whether the couple has welcomed any kids or not.

Similarly, following the divorce, Sealey has remained away from the limelight. So, her current profession also remains a mystery. Hopefully, she is doing well in her life. We look forward to knowing more about her in the coming days. The former Mrs. Gordon must be living a comfortable life with her own family.