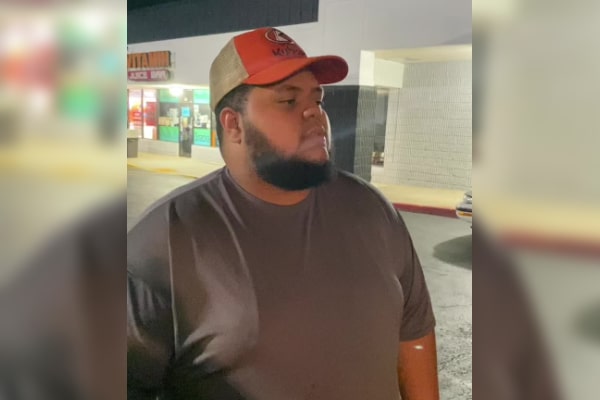 Spending time using social media is one of the most famous online activities. There are many good and bad points about it. One of its advantages is that it brings us across so many talented people that we would never imagine existed otherwise. One such persona is Brandon Conway.

He attracted massive attention from worldwide viewers while singing one of Michael Jackson‘s songs. Many people said that he sounds identical to the King of pop. So, who is this viral guy? Let’s dig out some interesting facts and details about Brandon Conway in today’s article.

Has An Insane Michael Jackson Impression

Brandon Conway is a TikTok video creator and singer. He posted his first ever video on 26 July 2022, covering one of the songs by the legendary singer Michael Jackson, The Way You Make Me Feel. That means it has been less than a week since he shared his first video on the social media platform.

But within that time, the TikTok user’s video has garnered over 23.2 million views, nearly 5 million likes, and 92K plus comments. In addition, his short clip has been shared nearly 163K times. Not only that, his account has also accumulated over 555K followers.

Brandon posted his video saying it was his first post on TikTok, and let him know what we think. He also said more videos would come soon, and we are sure viewers can’t wait for more. Conway has been getting overwhelmingly positive reactions. He also covered the song on the street and was being filmed with a smartphone.

Another cover of the TikTok singer is Believe by Brooks and Dunn. He got good reactions for that video too. On top of that, people are amazed how the guy effortlessly sings such masterpieces of such talented artists.

Is Passionate About Cars

The talented guy is active on Instagram with the username @bconman76. While his bio states the name of various car models, his account is filled with pictures of cars. So, could it be Brandon is a car dealer? Moreover, as per his IG bio, he is enjoying a plain and simple life.

Conway is a huge fan of the legendary singer MJ. Although the musician passed away in 2009, he has won and inspired millions of hearts with his unique music. Brandon seems to be one of them. It looks like he has never missed wishing a happy birthday to MJ. Not only that, he often expresses thanks to the late singer.

Moreover, the rising TikTok star sure loves music. He appears to have been involved in various programs and competitions. For instance, he was the fourth and final winner of Open Mic Monday Season Five in December 2021. Furthermore, the cover singer was scheduled to perform live as a DJ at Latin Flavors Steakhouse in June 2021.

His Show Was Organized By Silverstar Productions

Although Brandon came into the limelight recently, he appears to have been part of the music industry for some time now. His show Brandon Conway Show was organized by Silverstar Productions. It is a company based in Georgia that provides DJs and singers for several functions like private and corporate events, weddings, and school events.

Besides, the viral guy seems to live in Georgia. Although the exact profession of Conway is not known, he seems to be involved in music and car dealership. Hopefully, we will hear more great news about Brandon in the coming days.

Dana White Invited Him To UFC 277

Apart from all the fame, Brandon has also captured the attention of Dana White, the president of the Ultimate Fighting Championship (UFC). He invited the singer to the UFC 277 in Dallas. Sharing a video, the UFC president said he liked Conway so much and called him a talented and a great kid.

Overall, Brandon Conway came into the limelight for his melodious voice and amazing music cover. Talents like him deserve to be more known and his accumulated fame is truly well-deserving. Hopefully, the rising TikTok star will accomplish more success in the near future. Our best wishes are with him.