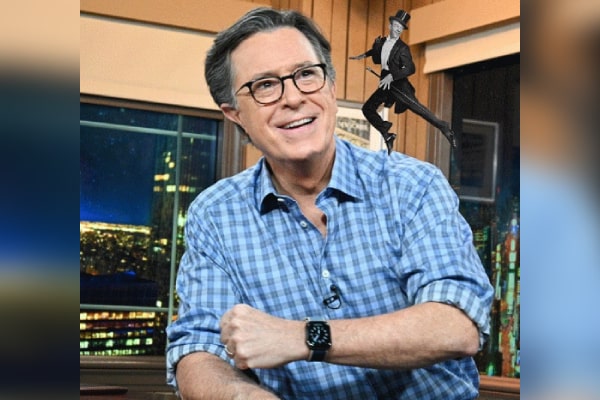 Comedian, writer, producer, actor, and television host Stephen Colbert, born Stephen Tyrone Colbert, has been involved in the entertainment industry since 1984. He has made a huge name with his extraordinary hosting skills. In addition, he is known for his talk show, The Late Show with Stephen Colbert.

Aside from his glorious professional life, the Washington D.C. native leads a beautiful family with his longtime spouse Evelyn McGee-Colbert. Moreover, the famous personality is a proud father of three children. All of the Colbert siblings have grown up. So, in this article, let’s get to know Stephen Colbert’s daughter, Madeline Colbert.

Stephen Colbert tied the knot with Evelyn on 9 October 1993. Just after two years of exchanging their wedding vows, the couple entered parenthood. They welcomed their first baby, Madeleine Colbert, in 1995. The talented producer and his wife must have been so happy at that time. While the tv host often shares pictures together with his spouse, his children rarely appear in his IG feed.

Moreover, Madeline has two younger brothers, Peter Colbert and John Colbert. While Peter arrived in 1998, John was born in 2002 as the youngest kid in the family. Besides, the Colbert bunch must have grown up having a happy childhood and a comfortable lifestyle. Also, Madeline must share a close bond with her younger siblings.

Furthermore, Stephen Colbert’s sons have followed in his footsteps. Peter has some directing, producing, writing, acting, and cinematography credits. His most notable work includes the television series Where’s Noah? Meanwhile, John is more into acting and has five credits, namely The Hobbit: The Desolation of Smaug, Cardboard by Your Name, Egg Evan, Real Detective, and The Sockpocalypse.

Also Read: Get To Know What Is Marcia Gay Harden’s Son – Hudson Harden Is Up To

Has Appeared In A TV Series

Stephen Colbert’s daughter has one acting credit for appearing in the television seriesThe Daily Show in 2004. She was quite young at that time. Aside from that, she also served as a makeup artist for one episode of her dad’s show, The Late Show With Stephen Colbert, in 2020.

In addition, the oldest Colbert was a big feature of her father’s act at the Grammys in February 2010. Although the television host’s daughter has featured in some TV series, she does not seem to be intending to pursue her career in the entertainment sector.

As mentioned above, Madeline doesn’t seem to be pursuing acting or a tv hosting career like her dad. So, what is Stephen Colbert’s daughter doing now? Well, looking at the gorgeous girl’s educational background, she graduated from Yale in 2018. Moreover, she had also planned on double majoring in Political Science and English.

In addition, Stephen’s little girl was a staff writer for The Yale Herald and The Politics while at college. She was also on The Yale Mock Trial Team. So, after her graduation, could Madeline have pursued a journalism career? However, she hasn’t revealed about her profession.

Also, Stephen Colbert received an honorary Doctor of Humane Letters degree from Yale University in May 2021.

Is She Dating Or Married?

Stephen Colbert’s only daughter is in her late twenties. She has completed her education and is likely engaged in some job. Although the beautiful girl occasionally attends public events with her dad, she prefers to live a private life.

Additionally, the Yale graduate doesn’t seem much active on any social media platform and has been staying away from the public eye. Thus, information regarding Madeleine Colbert’s husband or boyfriend is still a mystery.

To conclude, Stephen Colbert’s daughter must be living a comfortable life. Her parents must be proud of her. We wish Madeline Colbert the best for the coming days.

The beautiful name Madeline or Madeleine is of Hebrew origin, meaning High Tower.