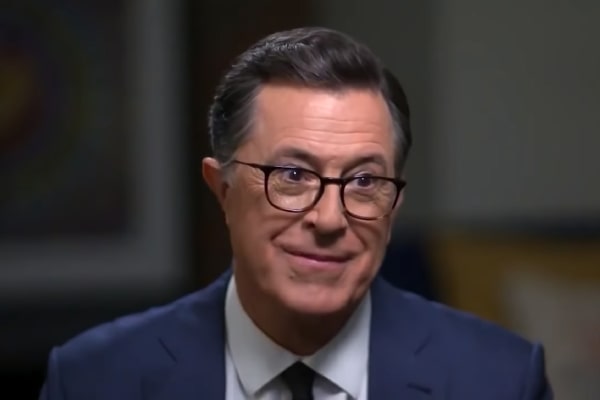 Stephen Colbert, born Stephen Tyrone Colbert, is one of the most successful comedians, writers, producers, actors, and television hosts. He has been involved in the American entertainment industry since 1984. In his career spanning over three decades, the famous TV personality has accumulated enormous fame. In addition, his talk show, The Late Show with Stephen Colbert, is a big hit.

Aside from his flourishing professional life, the Washington D.C. native has a beautiful family of five, including his longtime spouse Evelyn McGee-Colbert and their adorable kids. All of the Colbert bunch have already grown up. So, in this article, let’s get to know Stephen Colbert’s son, John Colbert.

Stephen Colbert and his spouse tied the knot on 9 October 1993 and have been happily together ever since. Apart from their blissful marital life, the pair are also proud parents of a daughter and two sons. They are Madeline Colbert, also called Madeleine Colbert, Peter Colbert, and John Colbert.

Born on 2002, John is the youngest among the bunch. Madeline and Peter are his elder siblings who were born in 1995 and 1998, respectively.

Moreover, as the youngest kid, John must have been pampered and loved by his parents and elder siblings. Besides, the brother-sister trio must have grown up having the best time as little kids. Looking at their father’s massive fortune, it’s likely they must have had a lavish lifestyle. Apparently, Stephen Colbert’s net worth and yearly salary are $75 million and $15 million, respectively.

Also, the youngest Colbert must share a tight-knit bond with his elder siblings. Hopefully, they will continue to grow even closer to each other in the future.

Furthermore, Stephen Colbert’s daughter, Madeline, went to Yale College and was planning on earning double degrees in political science and English. Apart from that, she starred in a TV series when she was little. Likewise, John’s brother, Peter, has some directing, producing, writing, acting, and cinematography credits. The television series Where’s Noah? is his most notable work.

Did you know Stephen Colbert’s wife, Evelyn, was involved in the entertainment industry? She has got some acting and producing credits. John must have inherited his acting skills from his parents. The Colbert couple’s son has five acting credits to his name as of now. The latter began his journey by portraying Laketown Spy in the film The Hobbit: The Desolation of Smaug in 2013. The movie was a huge hit and grossed $959,027,992 (worldwide) at the box office.

Afterward, John starred in four other short movies in 2019. They are Cardboard By Your Name, Egg Evan, The Sockpocalypse, and Real Detective. However, his acting career has been on hiatus since 2019. Let’s hope John will continue to work on more movies and garner massive success.

Stephen Colbert’s son, John, is 20 years old and is currently attending Yale. As already stated, his older sister graduated from the same college. In addition, his father also earned an honorary Doctor of Humane Letters degree from Yale University.

Furthermore, John appears to be focusing on his education for now. Talking about his love life, he is already at the age where he might be dating. However, like his elder siblings, he also prefers to stay away from the spotlight. Thus, information regarding John Colbert’s girlfriend is yet to be disclosed.

Nonetheless, Stephen Colbert’s son already has bagged a few acting credits. So, will we see him resuming his acting career in the future? For now, he seems to be focusing on completing his education first. In essence, we wish John Colbert a joyful life and a rocking career ahead.

The name John stems from the Hebrew Yohanan, which means Graced by God.