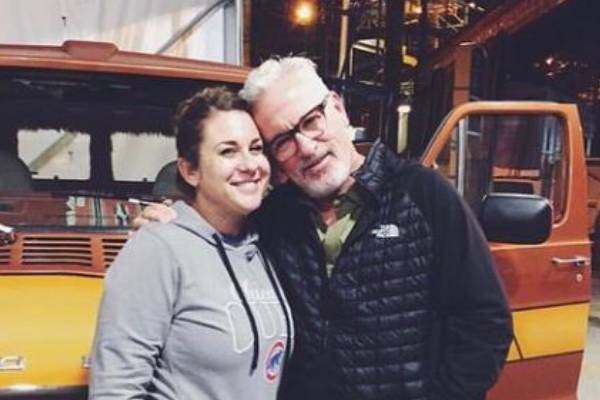 Joe Maddon is a well-known name in the baseball world. He has managed several teams like Los Angeles Angels, Tampa Bay Rays, and Chicago Cubs. Furthermore, he has also coached several teams in his career. As a result, the successful manager has accumulated immense fortune to his name and fame as well.

Because of his growing fame and popularity, Joe’s life has been a topic of interest for many people, be it his professional life or his personal life. Well, the baseball manager has been married twice in his life, and information about that is something we will discuss some other day.

Today, in this article, let’s learn in detail about Joe Maddon’s daughter, Sarah Maddon, and what she does these days.

As mentioned earlier, the famous manager, Joe Maddon, has been married twice in his life. His first wife is Bette Stanton, with whom he shares two kids, a son and a daughter. Joe Maddon’s daughter is Sarah Maddon, and his son is Joseph Maddon.

The kids grew up together, having a great time.

Is A Doting Mom Of Three

Joe Maddon’s baby girl, Sarah Maddon, has already grown up. She shares a blissful marital life with Theo Bystry. The couple met in 2010 through their mutual friend Gayle Marie Ross. The couple then went to Applebee’s for their first date.

Two years later, in 2012, the couple got engaged. However, it has not been revealed when the pair got hitched.

Joe Maddon’s daughter, Sarah Maddon Bystry, has two kids, a son, and a daughter, with her husband, Theo. The couple’s eldest child is a son, Tre Bystry, who was born in 2011. Then the duo had a daughter named Carson Bystry in January 2014.

Furthemore, Sarah also has a daughter, Tyler Vercelli, born in 2002. Well, Sarah and her husband live a blissful life with their kids in Arizona.

Is She A Personal Trainer?

Several fans of Joe are curious to learn what his daughter does. Going through her Facebook, she has uploaded several photos and videos about fitness. So, many are interested to know what she does, and the question “Is she a personal trainer?” is a common one.

Yes, Joe Maddon’s daughter, Sarah, is a certified personal trainer. She has her own fitness training center, having received training from her coach. Because of her coach, she was inspired to help others. So then, she founded the FitLab Personal Training at Mesa, Arizona, United States.

Sarah, who studied Business Management at the University of Phoenix, seems to be doing great in her profession, and she must be earning significantly.

Her Mom And Dad Are No Longer Together

Although Sarah has a blissful marital life and has significant success in her professional life, she did not always have such a smooth path. Sadly, Sarah Maddon’s parents are not together. Some online tabloids have claimed that her dad and mom were married for nearly two decades before getting divorced.

However, they had not revealed when and why they got divorced. After the divorce, Sarah’s dad began dating Jaye Sousoures, whom he had met in 1995 for the first time at the Rossmoor Athletic Club. The couple then got engaged in 2006 and eventually tied the knot in November 2008.

Sarah has a good relationship with her stepmother and stepbrothers, Dylan Sousoures and Ryan Sousoures. Furthermore, she supports her dad’s career and is often spotted at several games. She must be living a great life with her husband and kids.

Nevertheless, we hope to know more about Joe Maddon’s daughter, Sarah Maddon, in the coming days.

The name Sarah has a Hebrew origin, and it means Princess.