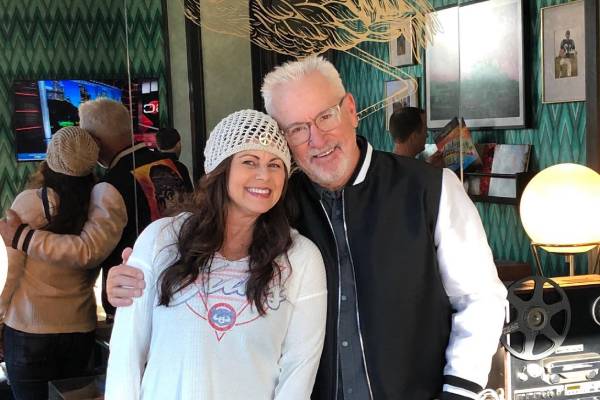 Joe Maddon, also known as Joseph John Maddon, is the baseball manager for the Los Angeles Angels, and he previously managed the Chicago Cubs and the Tampa Bay Rays. Joe began his coaching career in 1994 and has been in the baseball world for several years now. Throughout his career, the famous manager has amassed an enormous amount of wealth and fame.

The successful manager also has a successful marital life. He enjoys a lovely marital life with Jaye Sousoures. So, naturally, people who know about him are curious to learn about her and her whereabouts.

So, let’s learn in detail about Joe Maddon’s wife, Jaye, and their marital life.

First Met At An Athletic Club

As mentioned earlier, Joe Maddon shares a blissful marital life with Jaye Sousoures. In 1995, the couple met for the first time at the Rossmoor Athletic Club in Seal Beach, California. There, she worked in accounting, and he was a bench coach for the Los Angeles Angels.

However, the pair were married to their respective partners at that time. Joe was married to Bette Stanton, and Jaye too was married to another man. After knowing that Jaye and her best friend, Erin-Lee Anderson, were baseball-crazed women, he left game tickets for the game. They became friends after meeting for the first time.

Years later, after their marriage with their respective partners broke up, their friendship blossomed into romance. Furthermore, their shared interest in sports, fast cars, and high-tech toys further enhanced their love story. The pair had begun dating when she was at Western State University.

They had to do a long-distance thing, and they made a two-week rule. According to the rule, the couple had to make time for each other at least two times a month in their Southern California base. Their romance blossomed, and things got serious after the lovebirds decided to meet their respective family members.

Joe And Jaye Got Married

After their relationship grew stronger, Joe felt like taking a step further in their relationship. So then, in June 2007, the duo met in Denver. After an interleague series with the Colorado Rockies, they went on a road trip to Boulder. Then, they had a meal of fries, burger, and beer and then headed over to Bauldie Moschetti’s Boulder Collegians’ store, Baseline Liquors.

At 1:30 a.m., Joe got down on one knee in the parking lot and proposed to her. In November 2008, the engaged duo got hitched in an intimate ceremony at Jaye’s family church, St. Julianna Catholic Church in Fullerton.

After the small, private ceremony, they had a big shindig on the Queen Mary in Long Beach.

Well, the pair’s marital life is going well, and they love each other profoundly.

Is The Fifth Child Of Her Parents

Joe Maddon’s partner, Jaye Sousoures, was born in 1961. She is the fifth child of Ted Sousoures and Eileen Sousoures and grew up a tomboy in Fullerton, California.

Jaye’s family did not have much money, so they had to send their kids to Catholic School. She must have a great relationship with all her siblings.

Graduated From Law School At The Age of 45

After divorcing her first husband, Joe Maddon’s wife, Jaye Maddon, juggled her life between raising her babies as a single mother and different jobs. Amidst that, she attended night school to earn a bachelor’s degree. After completing her undergraduate studies, Jaye started law school at Western State University.

As stated earlier, Joe and Jaye met during her second year at the University. She graduated with the degree in May 2006. At the time of graduation, she was 45 years old. Then, she began teaching an online course in criminal justice for the University of Phoenix.

Joe Maddon’s Wife Has Two Kids From Her First Marriage

Then, her youngest child is Dylan Sousoures, born in 1994. He graduated high school in 2012. Similarly, just like Jaye, Joe also has two kids from his first marriage. Joe’s kids, Joseph Maddon and Sarah Maddon, have already grown up.

Furthermore, it looks like Jaye has a great relationship with both kids of Joe.

Is The Owner Of A Boxing & Fitness Studio

Joe Maddon’s wife, Jaye Sousoures, had a personal passion for boxing workouts. She turned that passion into a business venture and founded Epic Boxing and Fitness. She is the CEO of the studio that features a full-body workout consisting of nine rounds of boxing and three rounds of spinning and some floor work in between.

Jaye started the studio after experiencing a group boxing class in California, which she describes as the most fun she ever had in a group setting. To develop the idea to start a boxing studio, she teamed up with Esther Solano. She opened the first location in 2015 in South Tampa and the second in 2016 in Westchase.

Not only that, but Jaye also held boxing classes at Wrigley Field in order to raise funds for charity. Jaye seems to be doing great at her work, and both the husband and wife are supportive of each other’s profession.

Joe’s spouse, Jaye, must have earned significantly and must be living a comfortable life. Nevertheless, we hope to see her succeed in her upcoming ventures.