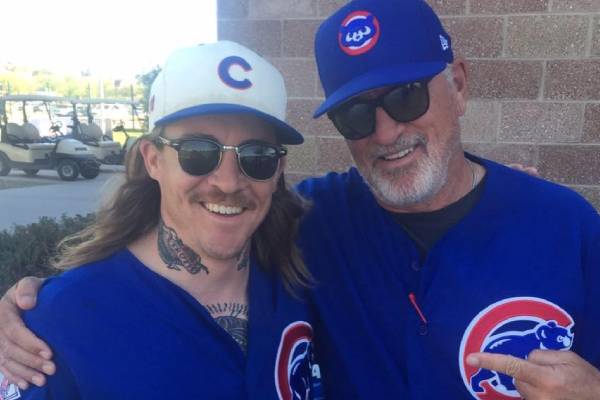 Joe Maddon, also known as Joseph John Maddon, is not a new name in baseball. If you’re one of those who keeps track of every baseball match, especially of the Los Angeles Angels of Major League Baseball, then it is unnecessary to introduce him. But to those, who know less about him or do not know him at all, Joe is the baseball manager of the Los Angeles Angels and has also worked for other teams like the Chicago Cubs and Tampa Bay Rays.

Talking about his personal life, Joe Maddon has been married two times and has two kids, a son and a daughter.

Well, in this article, let’s learn more about Joe Maddon’s son, Joey Maddon, and his whereabouts.

Only Son Of His Parents

As mentioned earlier, the famous baseball coach has been married twice in his life. Joe Maddon was first married to Bette Stanton, with whom he has two kids. Joe Maddon and Bette Stanton have a son, Joey Maddon, also known as Joseph Maddon. However, the duo has opted not to share his birth details.

Similarly, Joey also has a sister named Sarah Maddon, also known as Sarah Maddon Bystry. She is a personal trainer and owns FitLab Personal Training. Furthermore, she shares a marital life with Theo Bystry, with whom she has two kids, Tre Bystry (born in 2011) and Carson Bystry (born in January 2014).

Furthermore, Joey Maddon’s sister, Sarah Maddon, also has a daughter, Tyler Vercelli, who was born in 2002. He and his sister must have had a wonderful childhood while growing up together.

However, Joey Maddon’s parents have divorced each other. After the divorce, they moved on in their respective lives. Joey’s dad exchanged the vows with Jaye Sousoures in November 2008. Plus, Jaye also has two sons, Ryan Sousoures and Dylan Sousoures, from her first marriage.

Well, Joey must have a good relationship with his stepmother and stepbrothers.

Joe Maddon’s Son Is Married And Has 2 Children

Just like his sister, Joe Maddon’s child, Joey, has already settled on his life. He is married to Natalie Maddon, with whom he tied the knot on January 23, 2005. Since then, the duo has been together, and their marriage is still going strong. It has been 16 years since the couple exchanged the vows, and in all these years of togetherness, the adorable pair have welcomed two kids.

However, Joe’s son, Joey, and his wife Natalie have not revealed their children’s names and when they were born. But, Joey has shared many pictures of his kids on his social media profiles.

Defended His Dad On Social Media

In 2018, Joe Maddon’s son, Joey Maddon, took his frustration to Instagram as his father dealt with entering the last year of a five-year contract worth $28 million. In the post, which is now deleted, he wrote that Dodgers manager, Dave Roberts, with many losses, got a fat extension. And his dad, even after being the manager of the year who had 490+ wins and a World Series win did not.

Joe Maddon’s son has thoughts on the Dave Roberts extension (via his Instagram): pic.twitter.com/WKwopaSThM

Moreover, Joey used to talk about contemporary baseball issues on his Twitter account, which he has now deleted. He also often tweeted his thoughts about any decisions taken by the MLB clubs, especially if it’s about his dad. Thus, even though he is not involved in baseball, he is a critic.

Joe Maddon’s boy, Joey, must be doing well in his professional and personal life. He and his spouse are raising their kids with immense love and care. Nevertheless, we hope that Joe Maddon’s son, Joey Maddon, has a great time ahead in his life, and he achieves success in his career.

The name Joey which has an English origin, means God Will Increase.