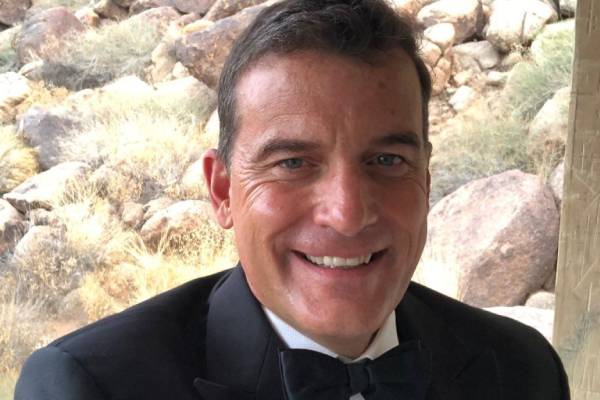 If you are among those who prefer to keep updates about baseball sports, then the name Bob Castellini is not new to you. The CEO and owner of the Cincinnati Reds, Bob is also the chairman of the Castellini Company. His involvement in many business franchises has helped Bob accumulate immense wealth.

Besides enormous wealth, Bob has also made a huge name for himself in the sports world, and as a result, people want to know about his personal life, especially his marital life and kids. Thus, in this article, how about we know in detail about Bob Castellini’s son, Robert S. Castellini, and his whereabouts.

One Of The Sons Of The Castellini Couple

The successful CEO of the Cincinnati Reds has been married to his beautiful wife, Susie Castellini, also known as Susan Castellini. The Castellini couple have been married for many decades welcomed three kids together whom they raised with immense love and care.

Bob Castellini‘s kid, Robert S. Castellini, was born in 1968. Two years later, in February 1970, his brother, Phil Castellini, aka Phillip J. Castellini, arrived in this world. Robert also has a sister named Patricia Headley, aka Patricia Castellini. He loves both his siblings, and they grew up together, having a wonderful time in their childhood.

Bob Castellini’s child, Robert, started his schooling at the Summit Country day from 1973 to 1982. After that, he received his High School/Secondary Diplomas and Certificated from St. Xavier High School. From 1982, he attended Portsmouth Abbey School and completed his high school in 1986.

After completing high school studies, Robert attended Denison University in 1986. From where, he graduated in 1990 with a Bachelor of Arts, Political Science. Then, he did his MBA from 1992 to 1994 in Babson College – Franklin W. Olin Graduate School of Business. After completing his education, Robert worked in different business ventures.

Robert Worked At Different Companies Before Getting Successful

Bob Castellini’s son, Robert S. Castellini, didn’t become successful right away. Before being involved in his own business ventures, he worked at different companies. For two years, he worked as an office manager at Fifth Third Bank. Then, he worked at Sena Weller Rohs Williams for four years as an investment advisor.

From December 2000 to March 2008, Robert served the role of Vice President at UBS Wealth Management. Furthermore, he also served as the Past Board President at the Cincinnati Reds Hall of Fame for three years.

According to his LinkedIn profile, Bob’s baby boy was the Senior Vice President and Financial Advisor at Morgan Stanley. He left the company in January 2021. Castellini currently works as the Managing Director at Wells Fargo Advisors.

Robert must have earned significantly from the number of business ventures that he has been involved in.

Robert Castellini was previously married to Deanna Castellini. While it is not known when they married, the couple shared two sons, Luke Castellini and Alex Castellini. In August 2014, police arrested him and his former wife, Deanna, for domestic violence. The ex-pair was accused of getting into a physical fight with each other in front of their kids.

Later, the judge let them go without any sort of settlement of a cash bond. The former duo filed protection orders against the other, and if they were convicted, they might have to carry a maximum sentence of six months in jail. After the incident, the couple might have gotten a divorce immediately. But, they have chosen not to reveal anything about their marriage.

Robert got married for the second time to his long-time girlfriend, Jen Castellini. He proposed to her in November 2019. One year later, in October 2020, Robert and Jen exchanged the vows in an intimate wedding ceremony attended by their friends and family.

Bob’s boy, Robert, lives a comfortable life with his wife and kids in Cincinnati, Ohio. Nonetheless, we hope to learn more about Bob Castellini’s son, Robert S. Castellini, in the coming days.

The name Robert has an Old English origin, and it has the meaning Bright Fame.