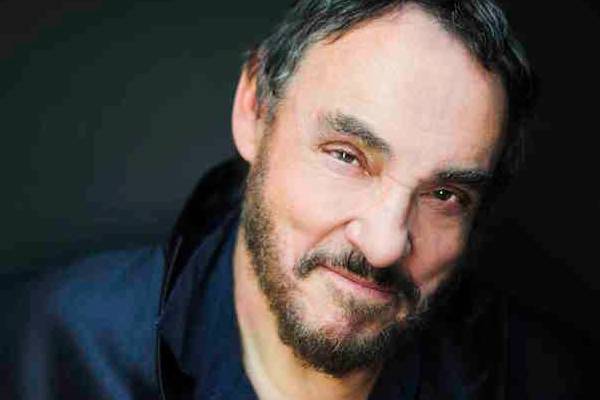 John Rhys-Davies is an accomplished Hollywood actor whose best works include portraying Gimli in The Lord of the Rings (LOTR) trilogy and Sallah in the Indiana Jones franchise. Rhys-Davies began his acting career in minor television series and films and has worked his way up to become one of the leading actors in the industry.

John’s well-known works include Silent Night: A Song for the World, Grizzly II: Revenge, and Valley of the Gods. In addition, he has also voiced characters in many movies. With over 200 acting credits to his name, there is no doubt that John Rhys-Davies’ professional life is thriving.

In a way, the same can be said about his romantic life. Currently, the actor lives with his wife Lisa Manning and their daughter Maia Davies in Ammanford, New Zealand. However, it has not always been a smooth ride for the LOTR star. John previously married Suzanne A. D. Wilkinson, who died of Alzheimer’s in 2010. With Suzanne, he welcomed two sons, Tom Davies and Benjamin Davies.

Despite being born to a famous parent, John Rhys-Davies’ children prefer to stay away from the limelight. Unsurprisingly, there are only a few details about the celebrity kids on the internet. Still, with what little information we have, why don’t we learn about John’s children and find out what they are up to right now?

Has Two Sons From His First Marriage

As mentioned above, the LOTR actor welcomed two sons with his now-deceased wife, Suzanne Wilkinson. For the most part, Tom Rhys-Davies and Benjamin Rhys-Davies grew up in a perfectly normal family. John Rhys-Davies’ sons attended boarding schools and were loved by him and his partner.

As an actor, John had a hectic schedule and frequently traveled to different countries for work. Owing to his hectic schedule, he had little time to stay at home and pamper his kids. Nonetheless, his children were highly supportive of him and his career. In fact, it was the eldest of John Rhys-Davies’ children, Ben who insisted on him playing Gimli in The Lord of the Rings films.

Also Read: Get To Learn About Stewart Copeland’s Children

However, as Suzanne’s health slowly deteriorated as the years passed, troubles started in the family. While John grew closer to his kids over time, Tom and Ben got wary about their mom’s forgetfulness, as they had no idea she was ill at the time.

Furthermore, the children would tell their father not to let their mother pick them up from the airport because she once spent eight hours looking for her car. As the years passed, Tom and Ben Davies‘dad became aware that their mom was ill. By the time John’s wife was officially diagnosed with Alzheimer’s, his sons were both in their twenties and living away from home.

Still, the news of Suzanne’s sickness must have been hard for the boys to cope with. Sadly, she passed away in August of 2010. The actor later revealed that his youngest son, Tom, was particularly affected by her illness and that losing his mom in such a way was difficult for him.

The eldest of John Rhys-Davies’ sons, Ben previously lived in a home on the Isle of Man. Ben and Tom’s mother also lived in a nursing home there until her death. Apart from this, nothing has been revealed of John’s sons because of their private way of living.

After nearly six years of dating, John Rhys-Davies married Lisa Manning in 2011. Their daughter Maia Rhys-Davies was four years old at the time of their wedding. The family now resides in a comfortable home surrounded by 30 glorious acres of rolling farmland bordering a lake south of Auckland, New Zealand.

Maia’s parents previously divided their time between their two homes on the Isle of Man and New Zealand. John and Lisa spent most of their time on the island with his then-wife, Suzanne. Even after his first wife’s death, John often returns to the island and stayed there while self-quarantining during the Covid pandemic.

While John might have a house on the island, to him, his home is where his wife, daughter, and sons are. Despite this, the actor spends a lot of time abroad because of his work. Still, John is very close to his daughter and pampers and loves her very much. Maia has even attended award ceremonies with her parents in the past.

John Rhys-Davies’ daughter shares a close bond with her half-brothers and spends a lot of time with them. In one of the interviews, Lisa revealed that her daughter loves life on the farm and is particularly ecstatic about horses.

Still, by the looks of it, Maia’s parents have opted to raise her away from the influence of the media. Consequently, little about their little girl has been made public. So, let us wish John Rhys-Davies’ children well for the time being and hope that we learn more about them in the coming years.

Benjamin is a biblical name from the Old Testament that means son of the right hand in Hebrew. Tom of Greek origin is the short form of Thomas. However, in Hebrew, it is a name that means innocence or purity. Finally, Maia is a Greek name that means great or mother.