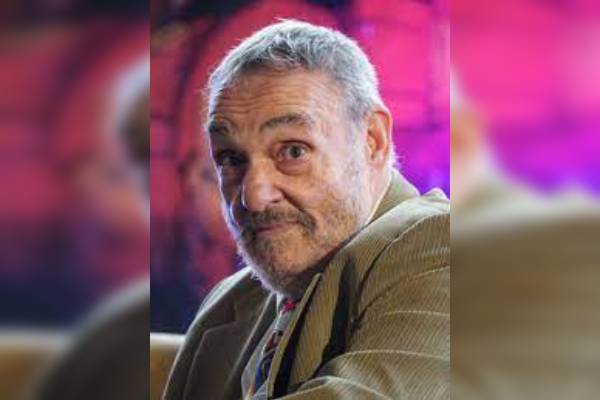 John Rhys-Davies has married twice and has kids from both of his marriages. Image Source: Wikimedia Commons.

Legendary performer John Rhys-Davies is a well-known actor in Hollywood. The artist is best known for his roles as Gimli in The Lord of the Rings (LOTR) films and Sallah in the Indiana Jones movies. John began his acting career in minor television series and has become one of the industry’s prominent stars.

Because of his growing popularity, John’s personal life has become a hot topic for media outlets. So naturally, many admirers are curious to learn how John Rhys-Davies’ relationship and lovelife is developing. Unlike other A-listers, John is open about the difficulties he faced in his first marriage and how he dealt with them. The artist currently resides in New Zealand with his current wife, leading a comfortable life.

If you are a fan of the Hollywood star, this article is one you shouldn’t miss out on. So stay with us till the end to learn about the fascinating and one-of-a-kind lovelife of Lord of the Rings actor.

In December 1966, John Davies married Suzanne Wilkinson, a translator. The former couple spent the first few years of their married lives blissfully with one another. They even welcomed two sons, Tom Davies and Benjamin Davies.

However, the Lord of the Rings actor’s busy schedule made it challenging to fit in some family time. John spent much time away from his wife and his boys because of his work. Consequently, he failed to see her deteriorating mental health in the early stage.

After many years of living together, the couple separated in 1985 but kept their estrangement hidden from kids. However, the duo remained married even after their split.

While John continued to dismiss his ex-wife’s forgetfulness as her way of annoying him, Suzanne’s friends noticed something wrong with her after she failed to answer simple questions. After that, her friends attempted to obtain power of attorney over her affairs but lost after an 18-month legal battle.

However, the actor soon realized that his former wife was ill. She was later diagnosed with Alzheimer’s. Following the diagnosis, the star realized how neglectful of his wife he had been in the past. The actor then kept Suzanne at his home on the Isle of Man. As a result, John Davies’ former spouse spent the remainder of her days on the island until she died in 2010.

As mentioned above, the LOTR star welcomed two sons with his now-deceased wife, Suzanne Wilkinson. John Davies’ children grew up in a perfectly normal family and attended boarding schools.

John’s schedule as an actor was hectic, and he frequently went to foreign countries. He had little time to stay at home and pamper his children due to his demanding work. However, his sons were highly supportive of him and his job. John Rhys-Davies’ eldest son, Ben, even insisted that he play Gimli in The Lord of the Rings films.

At present, Ben lives in New Zealand. However, Tom’s whereabouts remain a complete secret because of his private way of living. His kids are also not active on any social media platforms. So, apart from his eldest kid living with his new family, nothing has been revealed about John Davies’ sons.

Regardless, Tom and Ben must be living a comfortable life as the sons of such a great Hollywood celebrity, even if they don’t flaunt their lifestyle online. Still, let us hope that we will discover more about them as the years pass.

Lives A Blissful Life With His Current Partner

John met his future partner Lisa Manning on New Zealand television while still dealing with the health of his ill wife. At the time, Lisa was a journalist questioning him about his role as Gimli in Peter Jackson’s Lord Of The Rings trilogy.

The lovely couple hit it off right away, and after the interview, John sent a lengthy text message to the reporter at the time about his need to find the right woman.

Lisa’s friends tried to warn her about the actor because he had a reputation for being a charmer. Despite this, Davies’ charming demeanor and painstaking beauty captivated the journalist, and she fell in love with him. The now-married pair went on a date soon after.

John Davies’ relationship with the journalist developed beautifully from there on, and despite his hectic schedule, he always made time to meet and go on dates with her. They started dating soon after.

Although challenging, John Davies’ current wife supported his decision not to divorce his first wife. Furthermore, she frequently accompanied her then-boyfriend to his house on the Isle of Man, where she had lunch with his spouse.

After nearly six years of dating, John Rhys-Davies married Lisa Manning in 2011. The couple lives a blissful life at the moment.

John Rhys-Davies’ Wife Is A Mother Of One

Within days of their meeting, the couple was already discussing parenthood. Lisa was 39 years old when she met her future husband who is 20 years her senior. Given her age, Davies’ spouse was certain about wanting a baby. While she did not expect John to stick around after her demands, much to her surprise he did. The couple then welcomed their only daughter Maia Davies in 2006.

Even though the LOTR actor spends a lot of time with his daughter, his job requires him to spend time away from the family. Still, as the couple’s only child, Maia must be pampered by her mother. The little one has even attended award ceremonies with her parents in the past. John Davies’ daughter is also close to her elder half-brothers and spends a lot of time together.

At present, the beautiful family resides in a luxurious home surrounded by 50 glorious acres of rolling farmland bordering a lake south of Auckland, New Zealand. In one of the interviews, John Rhys-Davies’ wife stated that her daughter loves life on the farm and is particularly ecstatic about horses.

While the couple is not hesitant to share a few glimpses of their daughter with their admirers, Davies’ other half still keeps her out of the spotlight. So, even though John is a prominent figure in the entertainment industry, we may have to wait a bit for his daughter to share the spotlight with him.

Works As A Journalist

John Davies’ sweetheart is an award-winning journalist. Lisa has worked for effective networking channels such as BBC, TVNZ’s One News, and Touchdown Television. The celebrity wife also served as a co-director at La Leche League New Zealand for five years.

Lisa is currently employed as a freelance media consultant, writing and broadcasting commissions. Additionally, she offers editing assistance and media training. So, let us wish John Davies’ wife well for her future and hope she finds success every step of the way.