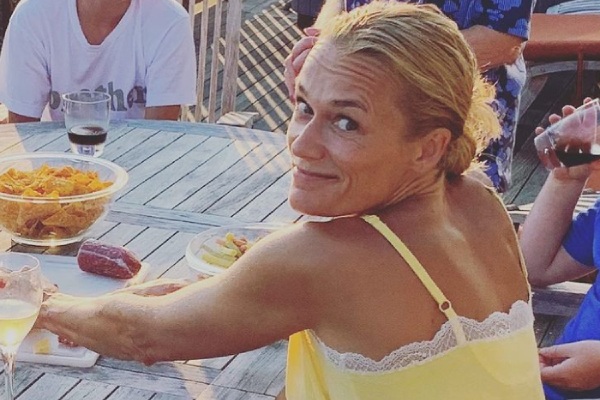 Actor and comedian Greg Poehler has been married to Charlotta Meder since 2006. Image source: Instagram/gpoles22.

Greg Milmore Poehler, best known as Greg Poehler, is an American actor, writer, producer, comedian, and lawyer. Poehler is most famous for Welcome to Sweden, a Swedish sitcom which he wrote, produced and starred in. Apart from that, he was also featured in a television series about a three-way romantic relationship, You Me Her.

Greg Poehler was not into acting initially. He aspired to become a lawyer and did so for about twelve years. After some time, he started doing stand-up comedy and slowly entered the entertainment industry as a scriptwriter and then as a lead actor. This transition phase would not have been easier if these two people did not happen to be in his life – his wife Charlotta Christina Meder and his sister Amy Poehler, an American actress, comedian, director, writer, and producer.

Continue to read the article if you want to learn more about Greg Poehler’s wife since 2006, Charlotta Meder.

Greg Poehler’s spouse, Charlotta, was born on February 25, 1973. Though not much is known about Meder’s parents and her childhood, it is a known fact that she is Swedish. Since both Greg and Charlotta do not like much media attention, information about her early life remains hidden. But we have some interesting facts about her current life and work.

Like her husband, Greg Poehler’s wife, Charlotta Meder, also wanted to become a lawyer. And to fulfill her dream, Meder moved to the United States to study law at the New York University School of Law. During her time at New York University, Greg was studying at Fordham University School of Law. The couple met in New York during this period and eventually started dating. After finishing their bachelor’s degree, Charlotta Meder and Greg Poehler moved to Charlotta’s home country Sweden to get a master’s degree. There, both of them got enrolled at Stockholm University.

Charlotta Meder has three children with her husband, Greg Poehler

Soon after moving to Sweden, the couple decided to exchange their I dos. They tied knots on July 7, 2006. By that time, both of them had started working as a lawyer in Sweden. Later, Greg decided to jump into the entertainment industry, while Charlotta continues her job as a lawyer.

As of now, Charlotta Meder and Greg Poehler have been married for more than 14 years. The couple has been blessed with three children– two sons and a daughter. They welcomed their first son Ben Poehler in 2008. After that, they had Charlie Poehler in 2010, followed by Lily Poehler in 2013. Greg Poehler’s wife, Charlotta, likes to stay away from social media but can be seen on her husband’s social media handles on occasion.

These life partners complement each other very well. Charlotta and Greg have been by each other’s side through every thick and thin. We wish this couple a lifetime of togetherness.