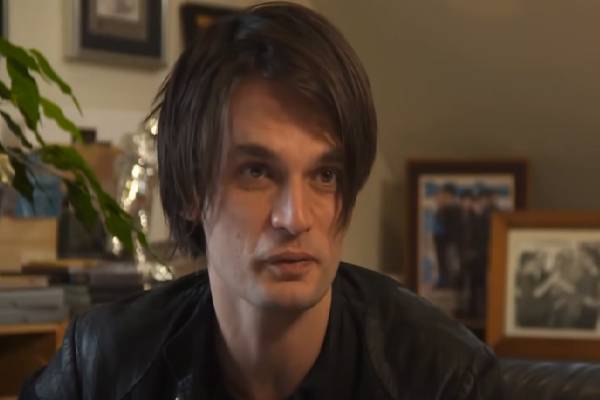 Jonny Greenwood is a proud dad of two sons and one daughter whom he shares with his wife, Sharona Katan. Image Source: Social Media.

Jonathan Richard Guy Greenwood, professionally known as Jonny Greenwood, is a composer and musician. He is also the lead guitarist of the rock band Radiohead. Apart from that, he has also written a number of film scores. The musician first started his career as a keyboard player in Radiohead and now he is one of the greatest musicians in the world.

In addition to being a multi-instrumentalist and a great composer, he is a loving partner to his wife, Sharona Katan, and a doting father to his children. Thus, today let’s get to know all of Jonny Greenwood’s children. Keep reading!

Furthermore, the couple met when Radiohead performed in Israel and has been together. It has been almost three decades. They must have shared their share of ups and downs during the long rollercoaster of their marital life. However, Jonny and Sharona have created a beautiful family of five.

Also Read: About All Of Sam Raimi’s Children And Their Achievements

Dedicated An Album To His Oldest

Seven years after walking down the aisle, Tamir’s parents welcomed him as their firstborn in 2002. The lead guitarist of Radiohead and his partner must have been all over the moon for the safe arrival of their firstborn.

The eldest of Jonny Greenwood’s children, Tamir Greenwood, is in his twenties. The twenties are the most critical time and the defining decades of our adulthood. Likewise, Jonny’s son must be attending the university and focusing on shaping his career. Although there is not much information regarding what he is doing, we hope to hear the success story of the son of the great instrumentalist.

Omri Greenwood Is An Only Daughter

Omri Greenwood is the only daughter of Jonny Greenwood with his wife, Sharona. The couple excitedly welcomed Omri as their second child and first daughter in 2005. The little girl is lucky to have such loving parents and siblings.

Furthermore, Omri Greenwood must have grown to be a beautiful girl and might be attending high school. As her parents tend to be private about their personal lives, they keep the information regarding their children’s personal lives out of the public eye.

Zohar Is The Youngest

The youngest and second son of Jonny Greenwood is Zohar Greenwood. Jonny and his wife welcomed their youngest in February 2008. Their family seems perfect and happy. Zohar must be growing up comfortably and is in his mid-teens.

The multi-instrumentalist prioritizes his kids and his wife a lot. He tends to keep his personal life separate from his professional life.

As per Greenwood’s wife, they are a Jewish family. They have a mezuzah in their house and sometimes have Shabbos dinners. In addition to that, they also celebrate Jewish holidays with their kids. So, the Greenwood siblings have grown up in a religious household.

Well, our experiences and our surroundings vastly influence our future choice. Meanwhile, Jonny’s babies might have been influenced by his career. However, this information is still confidential. Thus, whichever path Greenwood’s children follow, let’s hope all of his kids will achieve more success.

Nonetheless, all of Jonny Greenwood’s children seem close to each other as they spend a lot of time together. We wish Jonny a rocking career ahead and hope to hear more success stories of all of his kids.

Tamir is a word with Hebrew origin and means “Tall and Wealthy One.”

The Hebrew name Omri means the “Sheaf of Grain.”

Zohar is a name of Hebrew origin that means “Light Brilliance.”