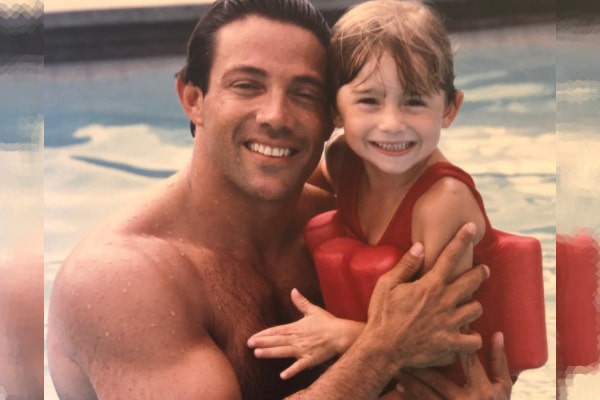 Besides his criminal history and reckless behavior, Jordan Belfort is a proud father of two beautiful children, a son Carter Belfort, and a daughter, Chandler Ann Belfort, with his wife, Nadine Caridi. Thus, here is everything you need to know about Jordan Belfort’s son, Carter Belfort.

The Youngest Of Two

Aforementioned, Jordan Belfort welcomed two kids with Nadine Macaluso. They were blessed with a beautiful daughter, Chandler Ann Belfort first, followed by their second and only son, Carter James Belfort, in 1995.

We all know about the troubling marriage Jordan and Nadine had between 1991 till 2005. Nadine must have tolerated the infidelities and abuse because of her children, whom she thought might need a father figure. Or Jordan Belfort’s son, Carter James, was too young to tolerate the kind of trauma he’d suffer.

Whatever the case was, Nadine remained in the troubled marriage until 2005 and raised both Carter and his sister together. Furthermore, Carter Belfort’s mother further raised her son to be in touch with his emotion and remain empathetic. Moreover, Jordan’s kid, Carter Belfort, shares a great bond with his parents. Furthermore, he is also close to his step-father, John Macaluso.

Carter J Belfort’s father occasionally wishes him on birthdays via the public domain. On one such post, Jordan suggested his young son ‘not celebrate as much as his old man’ did when he was young. Well, he better NOT!

Unlike his father, Belfort’s baby boy, Carter seems to be private and has kept most of his life to himself. However, he shares the creative part of himself with his Instagram, ‘the drunken poet.’

Aforementioned, Jordan Belfort’s son, Carter J Belfort, shares his creative side, specifically music, with his Insta family. According to Belfort’s Instagram, he has made several mixtapes and has uploaded a couple of songs on YouTube channel.

Moreover, Carter also made an appearance on his father, Jordan’s podcast, and rapped. His friends called him ‘Lil Wayne’ as he marched towards the mic and began singing.

Currently, Carter is working as VP of brand development for his father’s company, Jordan Belfort. The music enthusiast previously worked as the VP of brand development and marketing specialist in Global Motivation Inc. for seven months. Therefore, the hardworking Carter J. Belfort’s net worth must be significantly rising since the estimated average salary of a VP is $160,000 per year. Moreover, he might even inherit a fraction of his father’s multi-million properties.

Moreover, the LA Film School graduate worked as an intern with Elevator Studio and ROAR as a marketing and corporate intern. Similarly, Jordan Belfort’s son, Carter, went to Muhlenberg College and attended Vistamar School as a young kid.

Even though Carter is staying away from social media, his parents upload his pictures often. As stated above, Carter also shares a beautiful bond with his stepfather, John, and half-siblings.

Moreover, Jordan Belfort’s ex-wife, Nadine Caridi, is nurturing a sensitive and empathetic son who knows to maintain utter privacy. Therefore, let’s hope to hear more of his music in the coming days.

The name Carter means Driver Of A Cart and is of English origin. Likewise, James tells Supplanter and is of Hebrew origin.