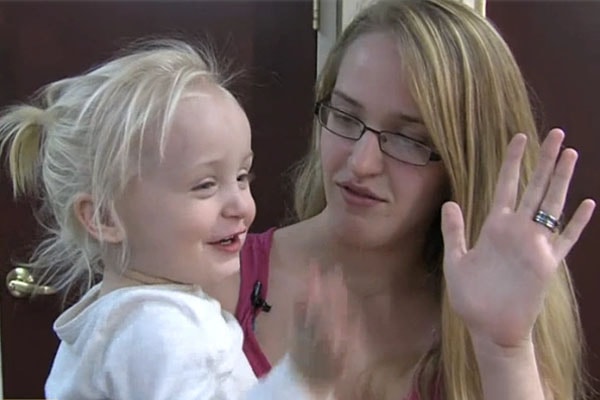 Kaitlyn Elizabeth Clark aka Gigi’s Baby Kaite Lizzie, Anna Shannon’s daughter together with her ex-partner Caleb Clark was born on 26th of July 2012. Kaitlyn’s mother Anna Shannon aka Chickadee dated her biological father Caleb back in 2011 and got separated soon after the birth of Kaitlyn.

However, Kaitlyn Elizabeth Clark is not the only child of her mother Anna Shannon. She has a younger half-sister named Kylee Madison Cardwell who was born on 9th of December 2015.

Kylee was born from Anna’s relationship with her estranged husband Michael Cardwell. The former couple got married on the 3rd of May 2014 in Georgia. Not only that but, Kaitlyn refers to Michael as her godfather and is often called “Daddy” by her.

As mentioned earlier, Anna Shannon’s daughter Kaitlyn is the biological daughter of Caleb Clark and the adopted daughter of Michael Cardwell. However, her step-father Michael treats her like she is her own. The father and daughter duo are very close to each other and have a very strong bond together.

Also, Kaitlyn has a younger half-sister Kylee Madison Cardwell whose gender-revealing ceremony was held on her third birthday party. Not only that but, Kaitlyn seems very connected and looks after her younger sister Kylee.

Kaitlyn Elizabeth Clark had 6 fingers on her right hand and got her extra thumb removed when she was 4. According to her birth report, Kaitlyn weighed 6 pounds and 2 ounces at birth.

Obviously, the surgery would be a lifetime important event in Kaitlyn’s life.

The 7-years-old Anna Shannon’s daughter Kaitlyn looks exactly like a younger self of her mother. Anna was just 17 years of age when she gave birth to her daughter Kaitlyn.

Not just Kaitlyn is a mini-me of her mother Anna but is also strongly bonded with her. During season 1 of the TLC reality series Here Comes Honey Boo Boo, Anna had thrown a baby shower for the birth of her first child Kaitlyn.

Kaitlyn is a feminine form of Irish origin which gives the meaning of “pure“. Also, Elizabeth is a girl’s name of Hebrew origin which means “My God is abundance“.