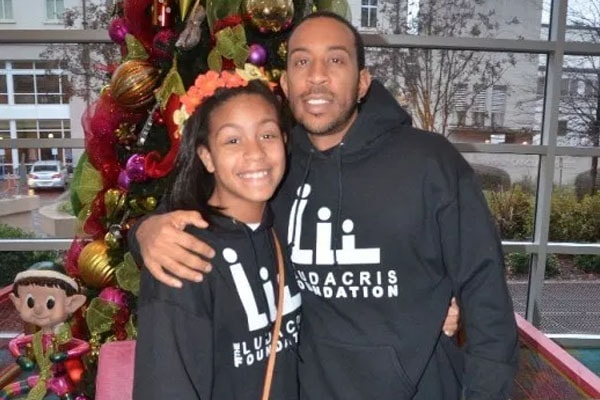 Rapper and actor Ludacris‘ daughter Karma Bridges was born on the 10th of August 2001 to ex-partner Christine White. She is the second daughter of Ludacris.

The “One Minute Man” rapper Ludacris is a father of four children, and all of them are daughters. At the moment Luda is married to wife Eudoxie Mbouguiengue with whom he has a daughter named Cadence Gaelle Bridges. Alongside those two, Luda also has a daughter named Shaila Scott whose mother’s name is still not revealed and daughter Cai Bella Bridges with baby mama Tamika Fuller.

Ludacris’ Daughter Karma Bridges Is All Grown Up

The second born of Ludacris, Karma is all grown up now and has turned into a beautiful teenager. Karma has got a lovely bond with her dad. She has gained over 96K followers on her Instagram account “karma.christine” and is already a social media star. Like many other teenagers, her feed is filled with photos of her enjoying.

Plus at times, Karma uploads a throwback photos of herself with her dad Luda and states how much she loves him. This shows how close they are with one another. Just like any other father, Ludacris is vigilant about the wellbeing of Karma. Once when Karma posted a photo of hers, Luda reuploaded it with a caption stating that he has hired Obama’s old security to track her every move.

The rapper Ludacris once had a fight with the Delta Air Lines over Karma. Ludacris’ daughter Karma had to take a flight towards NYC but was traveling alone, and as she was under 15 at that time, she was not allowed plus the plane had a layover of 4 hours which was more than the stated 1.5 hours. After a heated argument, Luda took his daughter with him but later on after paying an additional $100 Karma was put on the next available flight.

When Ludacris’ daughter Karma Bridges turned 16, her father Luda gifted her a white colored “Range Rover.” Well, it was one heck of a birthday surprise for Karma. Looking at Ludacris” caption, it didn’t seem he was prepared to see his little one grow so fast.

Just a few months ago Karma started a YouTube channel with her friend Olina.

The name Karma has a Sanskrit and Hindi origin which means “destiny or fate.” Karma also means what goes around comes around, and that is also written on the details part of Karma’s Instagram account.