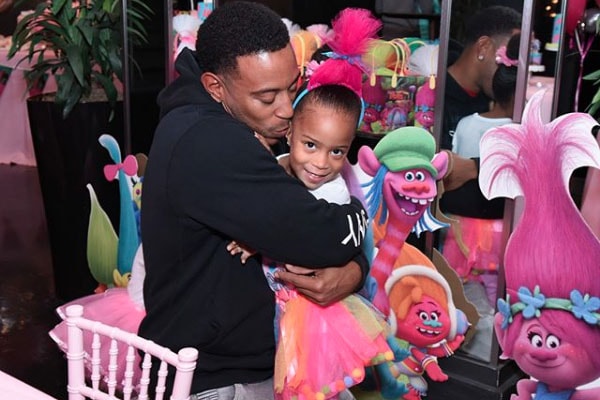 Ludacris has got a lovely daughter named Cai Bella Bridges

Rapper Ludacris‘ daughter Cai Bella Bridges was born on the 9th of December, 2013. He had Cai with his baby mama Tamika Fuller.  Cai Bella is the third daughter of the rapper.

Luda has got four children in total, and all of them are daughters. Cai Bella Bridges has got three half-siblings from her father’s side. They are Shaila Scott, Karma Bridges, and Cadence Gaelle Bridges. Karma is Ludacris’ daughter from ex-partner Christine White, and Cadence is from his marriage with wife Eudoxie Mbouguiengue.

The “Party Girls” rapper Luda revealed his daughter Cai Bella when she was two years old at his Ludacris Foundation Event. Since the birth of his daughter Cai Bella Bridges, Ludacris had been battling with his baby mama Tamika over the custody of their daughter. When Ludacris and Eudoxie Mbouguiengue got married in December 2014, he faced a lot of negativity from his ex Tamika. Cai Bella Bridges’ mother Tamika stated that he married Eudoxie to win the custody of their child.

The little Cai means a lot to her father, Ludacris. She also has a similar face like his. Last year when Ludacris’ daughter Cai Bella Bridges turned four, Luda’s wife Eudoxie organized a grand “Troll Themed” birthday party for her stepdaughter. Luda uploaded many photos of his little one enjoying her special day. The caption stated that Cai is the future leader of the world. So much love from her father, isn’t it?

Cai is not just close to her father but her mother Tamika as well. Cai Bella is the apple of the eye of both of her parents. Tamika also shares a lot of cute photos of her baby daughter on her social media.

When you look at the two daughters of Ludacris, they look like they are born from the same mother. The little Cadence is very much close with her elder half-sister Cai Bella. Ludacris’ wife Eudoxie once shared a photo of Cadence kissing Cai on her cheeks, and the caption read that Cadence only gives kisses to Cai.

The name Cai has got many origins including Hawaiian and Vietnamese which means feminine and sea.

Same goes for the name Bella; it also has got multiple origins. In Italian and French, it means beautiful.