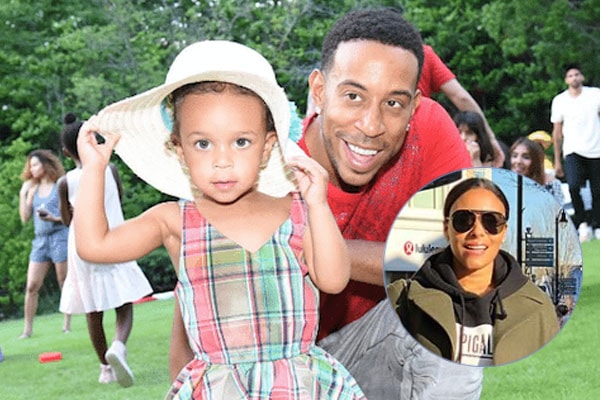 Ludacris‘ daughter Cadence Gaelle Bridges was born on the 4th of July, 2015. Rapper Ludacris is a father of four daughters and Cadence is the youngest of them all. Ludacris had Cadence from his marriage with wife Eudoxie Mbouguiengue.

Cadence has got three half-sisters from her father’s side named Karma Bridges, Shaila Scott, and Cai Bella Bridges. The little Cadence is very much close to Cai Bella, Ludacris’ daughter with ex-partner Tamika Fuller. Cadence’s parents had decided to keep their daughter’s face hidden, and it took almost a year for their fans to catch a glimpse of the little Cadence.

Maybe Eudoxie plans to make her little one a top model like her and is providing her with training. Who knows, but Ludacris’ daughter Cadence Bella Bridge could end up being a top model in the coming days. For the time being, Cadence is enjoying her childhood to the fullest. She usually spends most of her time with her mama, and one thing is for sure, Eudoxie adores about her daughter a lot.

There is always some kind of perk being a celebrity kid. A couple of months ago Ludacris and his wife Eudoxie hosted a grand tea party themed birthday party for Cadence’s third birthday. Many guests were present in the party including Toya Wright and her daughter Reign Ryan Rushing.

As stated earlier the little Cadence is very much close to her half-sister Cai Bella. They often are seen together having a lovely sister time with one another.

The name Cadence is given to both the genders. It is derived from an English word which means “flow, rhythm.”

As for the name Gaelle, it means”a fother’s joy,” and in Irish origin, it means “cheerful, happy.”