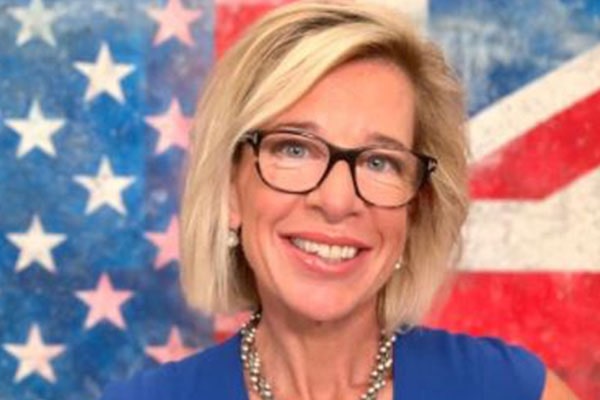 As stated earlier, Katie has always been a subject of controversy, and she has been involved in various legal issues. Moreover, Katie Hopkins has also created headlines about her family. She currently shares a blissful marital life with Mark Cross. Before tying the knot with Mark, she was married to the millionaire businessman Damian McKinney. With her first husband, Katie had two daughters, named India McKinney and Poppy McKinney.

Had Two Daughters From First Marriage

Aforementioned, Katie Hopkins is currently in a happy marriage with Mark Cross. Before exchanging the vows with Mark, she was married to the millionaire Damian McKinney. They were married for nearly two years, from 2004 to 2006. In their two years of marriage, they welcomed two daughters, whom they named India McKinney and Poppy McKinney. Poppy was born in 2006, the same year Damian left Katie for another woman.

Although Katie always surfaces on top of the Internet and media, her daughters seemed to enjoy their life away from the media and limelight. Further information about their education, likes, and dislikes is unknown to today’s date.

Has A Son With Second Husband

As mentioned earlier, Katie Hopkins has been married twice in her life. After her unsuccessful marriage with Damian, she gave marriage a second chance by tying the knot with Mark Cross. Mark and Katie met in 2006 while working at the Met Office together. At that time, Mark was in a seven-year marriage with his first wife, Ruth, and Katie was newly divorced.

The duo began dating in 2007 and exchanged vows in 2010. Together they have a son named Maximillian William Cross, born in 2008. The lovely pair’s marriage is still going strong, and they are living a happy life with their three children.

One Of Her Daughters Have Severe Autism

Aforementioned, Katie Hopkins is a proud mother of three. She lives a happy life with her family and seems to keep her personal life away from the spotlight. However, in 2015, she opened up about her daughter in front of the media. In an interview, she said she was offered a late-term termination while she was eight months pregnant with her daughter because doctors discovered there were complications.

Katie mentioned that she did not have the courage to do so. The same year, before opening up about her daughter’s condition, she had caused controversy by attacking a nine-year-old autistic girl on Twitter. And when later asked about the situation, she mentioned her daughter suffering from severe autism. It is not revealed which of Katie Hopkins’ daughters has autism.

Discussed Her Own Children’s Looks

As we know, Katie Hopkins tops the headlines time and again for various topics. In May 2020, she came in the headlines by discussing her children’s looks publicly. The mother of two daughters and a son spoke about her son’s sexuality and looks. At the Cambridge Union, she mentioned that she might be happy about her son being gay and also said that she would love it if her son is gay.

However, Katie did not talk nice about her daughters. She added that while her son might be gay, he is good-looking, unlike her daughters. Katie Hopkins’ daughters might not have been happy with their mother’s talk.

Katie Hopkins has made herself famous through various controversies and headlines. But her children do not seem to love the life under the spotlight. Due to this, they’ve made no public appearance. For now, let’s hope that they are doing great for themselves, and we’ll get to know more about them in the days to come.

The name India is a place name turned into a girl name. The name Poppy has a Latin origin, which means From The Flower. Similarly, the name Maximillian, which is also similar to Maximilian, has a Latin name, meaning Greatest.