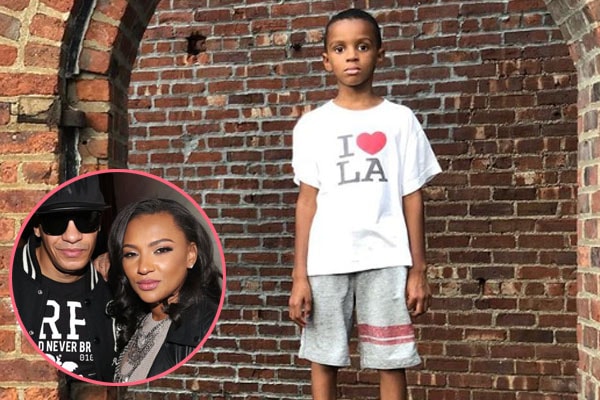 The LHHNY star Tara Wallace‘s son Kaz Pankey was born on 2012. Kaz is Tara Wallace’s second kid among her three kids whom she had with her ex-partner Peter Gunz.

Kaz Pankey is the middle child of Tara and Peter, and he has got an elder brother named Jamison Pankey and a younger brother named Gunner Ethan Pankey. Alongside them, Kaz also has got other half-siblings from his father’s side, and they are Brandon Pankey, Whitney Pankey, Kennedi Pankey, Phoenix Pankey, Cori Pankey and Bronx Pankey. Altogether, Peter Gunz has got ten children.

The 6-year-old son of Tara Wallace and Peter Gunz is slowly growing up and soon won’t be mommy’s little boy anymore. Peter and his ex-partner Tara have nicknamed their son Kaz “Milk.” Despite being a father of ten lovely children, Peter somehow takes out time to spend with every one of them. Alongside Tara, Peter also at times uploads photo of his son. And it looks like the father-son duo has got a great bond.

Not just with his father, Kaz is also very close to his mother, Tara Wallace. He is often seen hanging around with Tara and spending fun-filled moments together. And we have to admit one thing though; the cute Kaz Pankey has definitely inherited the best genes from both of his parents.

Now let’s see if the little Kaz will follow the footsteps of his parents and enter into the entertainment world or choose a different career path.

As stated earlier, Kaz is the middle child and has got an elder brother and a younger brother. And looking at their pictures on Tara’s social media handle, what we can see is that, Kaz just loves hanging around with his siblings.

The trio of brothers not just like clicking pictures but they also love cycling together. Let’s hope the relationship between them will remain the same.

The name Kaz has a Polish and a Japanese origin in which it means “peacemaker.”