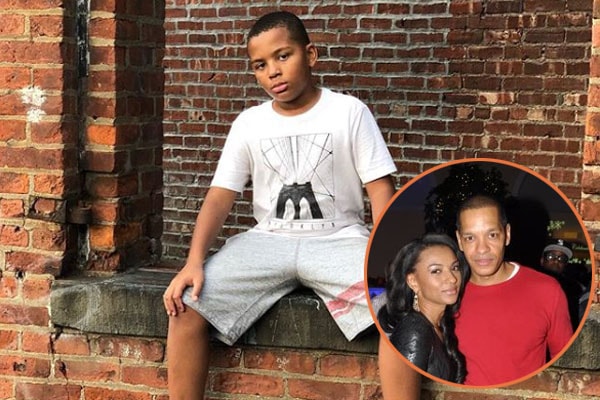 The LAHH star Tara Wallace‘s son Jamison Pankey was born on the 14th of October, 2008. Tara had her son Jamison with her ex-partner Peter Gunz.

Jamison Pankey has got two younger brothers named Kaz Pankey and Gunner Ethan Pankey though he has also got seven half-siblings.

The 10-year-old Jamison Pankey is the eldest kid of Tara Wallace with her ex-partner Peter Pankey aka Peter Gunz. Both Tara and Peter love their youngling Jamison a lot and have nicknamed him Juice. According to Tara Wallace, her son Jamison is the sweetest kid she has ever known.

You can find plenty of photos of Tara Wallace’s son Jamison Pankey in her social media handle. By that, we can know how much love and affection Tara has got for her small one. On his tenth birthday, Jamison Pankey’s mother Tara Wallace uploaded a series of pictures of Jamison. The photos showed how much Jamison has grown and how he has got the love for his family.

It looks like Jamison is focusing on his education at the moment as he usually studies a lot. And before going to school, he makes sure to read for about 20 mins, every day. Well, the future seems bright for Jamison.

Jamison Pankey Has A Lovely Bond With His Small Siblings

Being the eldest among the two brothers, we believe that Jamison looks out for his younger brothers. And like many elder brothers out there, Jamison too might help his small brothers, Kaz Pankey and Gunner Ethan Pankey when they are in trouble.

Besides having two young brothers, Jamison has got seven other half-siblings from his father Peter Gunz’s side. Here are the names of Jamison Pankey’s half-siblings: Whitney Pankey, Brandon Pankey, Kennedi Pankey, Phoenix Pankey, Cori Pankey and Bronx Pankey. Cori and Bronk are Peter Gunz’s daughter with his ex-wife Amina Buddafly with whom he amicably got the divorce.

The name Jamison is a northern Irish or a Scottish name which means “son of James.”