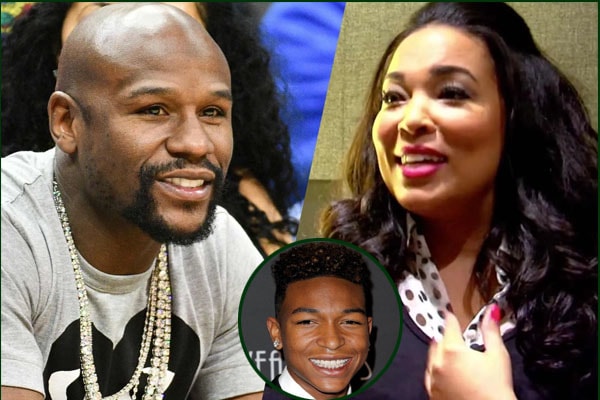 Koraun has two siblings of his own including a brother Zion Shamaree Mayweather, and a sister Jirah Mayweather. Through his father’s relationship with Melissa Brim, Koraun has one half-sister named Iyanna Mayweather.

Koraun Mayweather Is The Eldest Child Of His Father

Koraun Mayweather is the eldest son of Floyd Mayweather. He is one of the three children of the former couple, Floyd and Josie. The exes were in a long-term relationship but never got married. Koraun grew up along with his siblings watching their father become one of the all-time greats of boxing. Koraun’s mother, Josie Harris is an actress, author, and entrepreneur.

However, over the years, Koraun’s relationship with his father deteriorated. It was primarily due to Floyd’s abusive behavior towards his mother. Back in September 2010, Koraun reportedly convinced a guard of his residence to call for an ambulance and the police because he realized his mother was being physically abused by Floyd.

Furthermore, Koraun apparently does not find boxing interesting and calls the sport boring. Rather than that, Koraun is much into singing.

Koraun Had A Serious Troubled Experience During His Childhood

While Koraun had an affluent upbringing, his childhood was disturbed by the regular domestic abuse. The allegations brought against his father by his mother might have been really troublesome for the child. Koraun’s parents had been in a long-term relationship but never decided to tie the knot.

Firstly in July 2005, Josie alleged that her partner Floyd had hit and kicked her outside of a nightclub in Las Vegas, Nevada. However, resulting in Floyd’s acquittal Josie later testified that he did not physically abuse her.

As mentioned earlier, Koraun originally called out the guards for an ambulance and the police. He had been the first-hand witness seeing his father physically abusing his mother in 2010.

Floyd was apprehended the following day and had to pay $3,000 as bail. A year later, on December 21, 2011, he was sentenced to spend 90 days in jail. Also in the interview, Koraun stated that while he still spends time with his father, he is not that much enthusiastic about it anymore.

Furthermore, Koraun has dubbed his father a coward for not admitting that he had abused his mother.

Nevertheless, in recent years, it seems the relationship between the father and son has improved. Koraun even responded to rapper 50 Cent when the latter dragged him into the feud between him and Koraun’s father in July 2018. In his Instagram post, Koraun wrote that everything is good between him and his father, Floyd advised 50 Cent to worry about his own family.
Not only that but, on the occasion of Koraun’s 16th birthday, Floyd gifted his son a brand new Mercedes-Benz C-Class Coupe.

Koraun is a male given name which gives the meaning of “pleasing to all.”