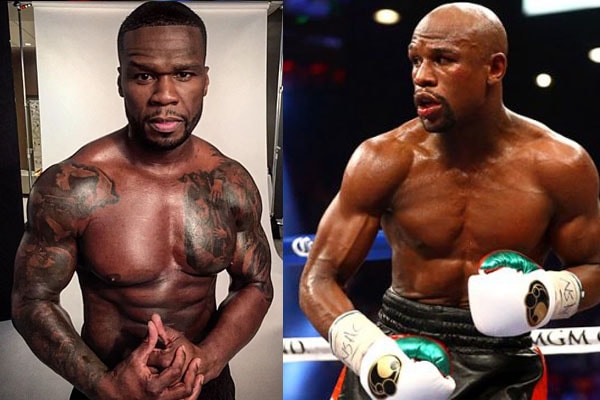 The feud that was underground for some time has risen again. Floyd Mayweather and 50 Cent’s feud is reaching a new level of heights with both of them verbally insulting one another publicly and even comparing Net worths.

Both the names are some of the top names in the industry. Floyd Mayweather is a huge name in the world of boxing. Considered as one of the greats, Floyd has a record of 50 wins and 0 losses. Whereas, Curtis James Jackson III aka 50 Cent is an American rapper, Businessman, investor, actor and many more. If you are a hip-hop fan, then you surely have heard the name of 50 Cent.

The feud between Floyd Mayweather and 50 Cent

Once the best of friends are now mortal enemies. Looking at their Insta feeds, the feud between Floyd Mayweather and 50 Cent may just have crossed a lot of boundaries.

Well, many would have thought that the 50 Cent and Floyd Mayweather feud was a thing of a past, but all were wrong. The past feud was considered fabricated, but the former best friends are really at each other’s neck this time.

It is said that the beef started after Floyd stiffed 50 Cent for about $2 million. When Floyd was incarcerated for a misdemeanor domestic battery case, 50 Cent did most of the work of promotions. During that time millions were spent, and as per 50, Floyd still hasn’t paid him. When Floyd was released, 50 went to receive him.

50 Cent is not the only one having a beef with an old friend, rappers Beanie Sigel and Oschino has their own feud.

Both 50 Cent and Floyd Mayweather are vigorously attacking one another in the Instagram war. The feud continued and took it’s toll again when Floyd posted his $18 million “Billionaire’s watch.” In comment 50 had something to say. 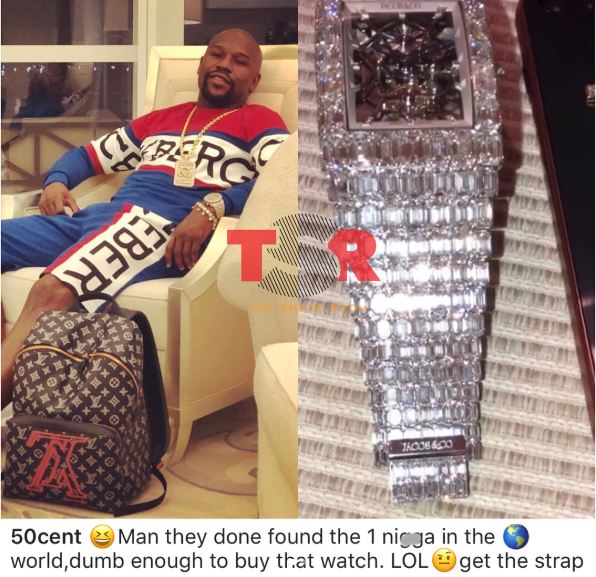 And after that, the long-lost feud reignited again. Floyd compared the Net worth between 50 Cent and not himself but his new watch.

According to Floyd Mayweather’s post, 50 Cent’s net worth is $20 million, but just last year 50 Cent sold his stakes of Effen Vodka. And DJ Envy, host of The Breakfast Club claimed that 50 Cent allegedly received almost $60 million for the buyout.

So rapper 50 Cent’s net worth being $20 million is an understatement.

They still are going against one another pretty relentlessly. 50 Cent has made his allegations, as well as Floyd Mayweather, has made his accusations. Looks like these two have a lot to say to one another. Floyd called 50 Cent a rat, and in return 50 Cent says that Floyd can’t read and is illiterate.

But in a recently posted photo the rapper 50 Cent called Floyd Mayweather, his little brother. So is the beef ending up or is it just the calmness before another outburst of non-stop beefing. 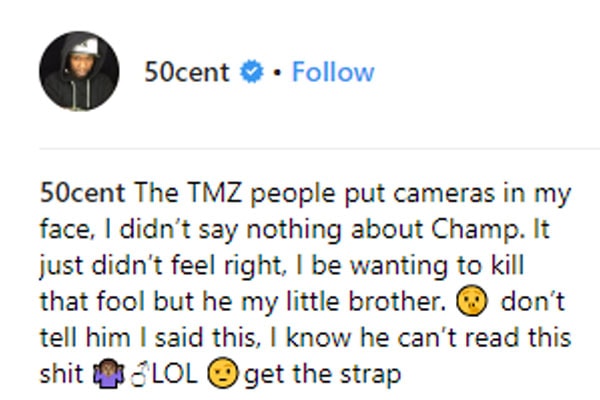 Out of Hand Feud

And from that point, the beef between 50 Cent and Floyd Mayweather just went out of hands. Floyd went on to Instagram to start a contest. He posted 50’s photos with a bunch of rats. The caption read, Top9 people whoever will post the most disrespectful comment on 50 Cent’s IG, Facebook and Twitter will receive a prize of $1000. 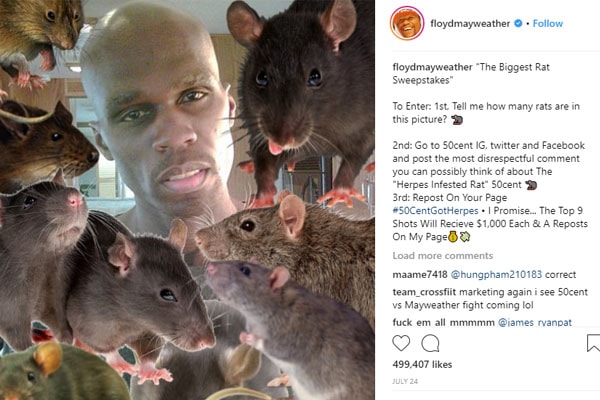 Just like money talks, many people went over o the page of 50 Cent and even posted disrespectful comments. Obviously, the rapper didn’t like that and in response, decided to take to take it to the next level.

The “In Da Club” singer 50 then posted another photo of boxer Floyd with his old Earl Hayes and Hayes’ wife Stephanie Mosley. 50 Cent blamed Floyd as the culprit behind his friend Earl Hayes’ Murder-Suicide case.

The rapper also added that Floyd was having a sexual affair with his friend’s wife i.e. Hayes’ wife Stephanie. And when Earl found it out, he shot his wife and then killed himself. At that time Floyd was on FaceTime with Earl.

50 then uploaded many photos, later on, which he deleted from his Instagram profile. Then Floyd Mayweather video called 50 Cent’s son Marquise Jackson with whom he has not got a very good relationship with. Marquise uploaded a screenshot of him and Floyd in a video call, but then later removed it too.

50 doesn’t like people messing around with his children. 50 Cent and his guys jumped on rapper Gunplay for messing around with his son. So later on 50 posted a photo on Instagram with a caption that read, “Floyd that altercation was nothing., you might be champ at the ring but in the street, I will hand you your ass”. However, this photo too was later on removed by rapper 50 Cent.