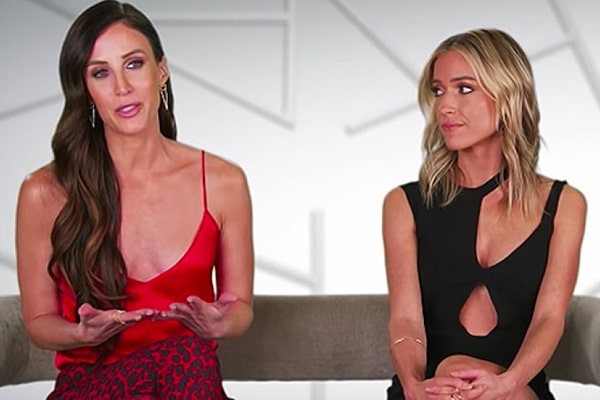 It is no secret that Kelly Henderson and Kristin Cavallari had a falling out. Once inseparable, the former BFFs are no longer on speaking terms, and Very Cavallari fans are aware of it.

But what could have gone wrong between Kelly Henderson and Kristin Cavallari? Read until the end to find out.

Both hailing from Nashville, Tennessee, Kristin and Kelly were close for eight years from 2012. Their strong friendship has been documented on Kristin’s reality show, Very Cavallari.

In season two of Very Cavallari, Kristin and her then-husband Jay were busy finding Kelly a boyfriend. Moreover, Jay was seen helping Kelly meet new guys, which made her ask him if he knew her preferences.

Well, Kristin’s estranged husband, Jay Cutler, did not disappoint Kelly and answered her question with great confidence. Little did they know their chemistry was sparking rumors which possibly became the reason behind Kelly and Kristin’s fallout.

Once BFF, They Fell Apart Following Rumors Of Affairs

The news of their friendship coming to a sudden end was announced by Kristin in season three of her show. She further added that the most significant change in her life was that her best friend, Kelly, hadn’t contacted her in two months.

Kristin continued to note that they’ve had a ‘major falling out, and that broke her heart. Moreover, she revealed that the cheating rumors became the reason behind the end of their relationship. Kristin also explained that the accusations did not upset her, but Kelly’s reaction about it did.

Cavallari even suggested that her former BFF seemed to be wanting to use the moment for her gain. She also stated that Henderson kept talking about her former spouse on social media, which ‘added fuel to the fire.’

Additionally, while talking to her friend, Stephanie Biegel, Kristin admitted that her relationship with Kelly completely took a turn and that they’ve shut one another off.

Kelly Henderson’s Does Not Know Why Their Friendship Turned Cold

While Kristin insists that her friendship with Kelly ended after a cold mail and unresponsiveness, Kelly Henderson says that her former best friend ended their friendship for a storyline.

During an interview with The Domenick Nati Show, Henderson revealed that she’s unsure why her friendship with Kristin turned cold. She further admitted that she’d received a text from Kristin a week before filming, which stated she was upset with her.

Henderson further added that she tried to call Cavallari back to fix the issue but failed. Hence, Kelly concluded that the falling out occurred as they needed another storyline for Kristin’s show, Very Cavallari.

Coming To Terms With The End Of Their Friendship

In addition to losing her best friend of 8 years, Kristin Cavallari is going through a divorce from her seven years long husband, Jay Cutler. They got married in June 2013 and welcomed three children together. But, in April 2020, they announced the end of their marriage.

Therefore, Kristi finds solace with her friends, and Kelly is not among them, as mentioned earlier. Moreover, while talking on the All’s Fair podcast, Henderson clearly stated that she had nothing to do with their divorce. Also, Kelly denied having an affair with Cutler, and nor is she dating him.

Furthermore, cookbook author, Kelly, revealed that she’s coming to terms with the end of their friendship. She added that some people are in our life for a specific period for reasons. Kristi feels it’s okay to outgrow people and not spend energy holding on to friendship and relationships, which could be toxic.

In conclusion, once BFF, Kristin Cavallari and Kelly Henderson appear to have no interest in mending their friendship. Thus, let’s hope they find peace and, sometimes, later in life, reconcile, clearing out the misunderstanding.