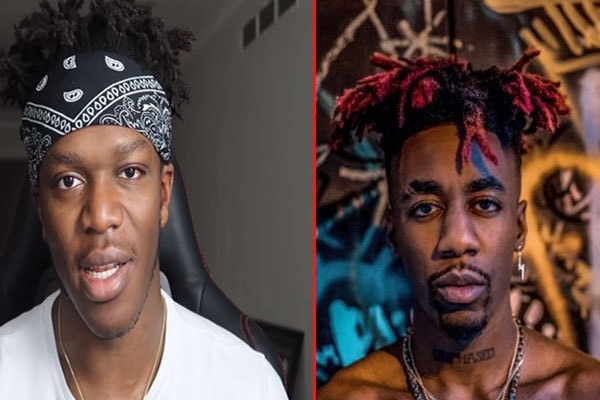 After witnessing their heated argument over Twitter and Instagram, Rapper Dax and YouTuber KSI whose full name is Olajide William Olatunji could end up their feud by knocking each other out in a boxing ring.

Their beef became more serious when Dax took to his Twitter stating he would travel to London to scrap with KSI. It unpleasantly insulted the YouTuber KSI. Since they have been treating each other like dead enemies, their reaction goes back and forth.

Both rappers are actively exchanging heated conversation over social media. Basically, they had a twitter beef. It all started when Dax went on twitter saying if KSI says his name on one more video, he would come to London to beat him in a boxing match. It mightn’t be true but some source claimed that he already has a plan to come to London anyway.

Want me to pay for your flight and accommodation?  https://t.co/FRYLu8oWGS

After what we witnessed on KSI’s twitter, it seems like KSI is up for the challenge. If Dax wants him to pay for the trip then KSI is ready for the match. We aren’t sure whether these two will surely fight or not or it is just for the propaganda, but they are having a tough conversation right now.

There can be only one winner in every game. We have no idea who will win the challenge but KSI is a white-collar boxer. He had a boxing match with Logan Paul, Joe Weller, and Jake Paul.

Dax And KSI Discuss About Their Fight

What more fun conversation the two broke out was that KSI wrote on tweeter saying their fight would be six rounds and 3 minutes and his opponent, Dax responded he would start taking classes for the fight.

Dax has challenged KSI to the boxing match on Instagram Live.

And then KSI tweeted asking him for the passport details. It looks like the challenge between them is sealed.

Good luck to you as well. Details coming. This will go down in history. https://t.co/yZ4W5zrR4k

Besides KSI’ dispute with Dax, there has also been a feud between him and his brother, Deji Olatunji.

The rivalry between them has become enthralling for all their fans. If they aren’t just faking up all this mess and feud, fans will have lots of things to witness in the upcoming days between these two internet celebrities collide with one another in a boxing ring.