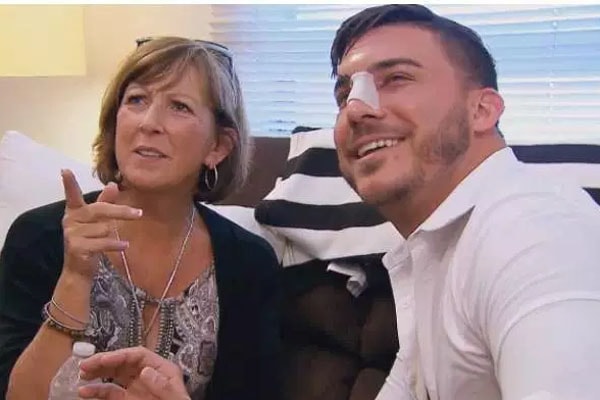 Mother-son is one of the strongest and beautiful bonds. Jason Michael Cauchi aka Jax Taylor‘s relationship with his mother Marie Cauchi was no exception until the mother and son started to grow cold feelings for each other.

The Vanderpump Rules star Jax Taylor and his mother kept a distance from each other since his father Ronald Cauchi’s death in December 2017. The time when they needed each other’s emotional support the most, the mother and son turned their back to each other.

The Cold Son-Mother Relationship of Jax Taylor And Marie Cauchi

So, what actually happened between Jax Taylor and his mother who were always there for each other? As per Bravo, Jax and his mother Marie is not in touch since his father passed away. According to Jax, his mother Marie wanted to split from his dad a year before he had cancer. That’s one possible reason why Jax turned away from his mother. Of course, no one would ever want their parents to end their relationship.

The reality star Jax also claimed that his mother said his dad was doing fine when he was battling for his life in the ICU. Well, his mother gave a reason for him to resent upon her. Only if he had got a chance to say goodbye to his father properly, he would have been keeping up a good relationship with his mother now.

Both Jax and his sister Jenny have not spoken to their mom. Although Jax has not opened up much about the cold relationship with his mother, we can sense that he is hurt by his mother. But he hopes that they could resolve their issues.

Will Jax Taylor And His Mother Marie Cauchi Reconcile?

The longer we keep our egos, the more it takes time to make things right. We hope that Jax Taylor and Marie Cauchi will clear up the misunderstanding they have and grow their relationship even stronger than before. As Jax Taylor and his fiancee, Brittany Cartwright are all set to tie the knot any time sooner; we wish their marriage will help Rix and his mother Marie shorten the distance they have been keeping all this while.