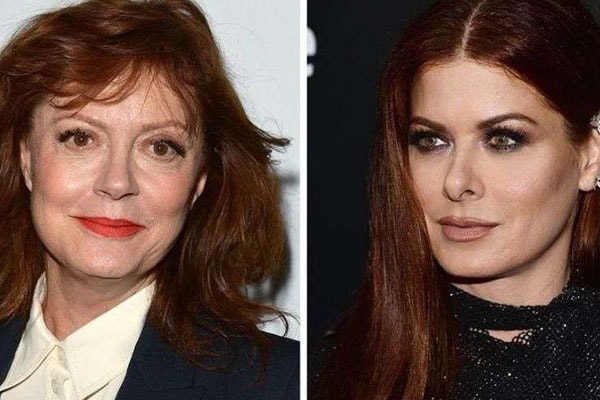 Politics is chaos. It makes people heated. It is right if we look at the case of famous actresses Debra Messing and Susan Sarandon feud over the presidency issue. Their dispute started in 2016 during the election of Donald Trump and Hillary Clinton. Well, Donald Trump got elected as President in 2016.

The recent feud between Sarandon and Debra back in 2018 proved that still, both haven’t stopped the battle. The feud all started when Debra Messing began commenting her dislike over ‘Sarandon’s support over Trump.’ The two actually had a Twitter feud.

The Feud Between Debra And Susan

On Sep 12, 2018, Variety published an Interview of Susan Sarandon online on Twitter. She quoted saying Donald Trump has, if anything, inspired more women and color of people to run for office. Of Course, those who oppose Trump were angry over her but it infuriated the Searching actress Debra Messing more than anything. She told ‘STFU’ to Susan in Twitter. Well, in shock, Sarandon responded saying check the video again to Debra, possibly to everyone who mistreated her.

Did Sarandon tell it or not. Check this video

However, it wasn’t the first argument Sarandon had with Debra Messing. They had shared bitter experience over the political issue in 2016. During that time, many people reacted when Susan Sarandon supported Bernie Sanders and opposed Hilary Clinton in 2016. The Will and Grace actress, Susan suggested in MNSBC that Trump victory might bring revolution. Debra immediately reacted to Susan in her twitter. 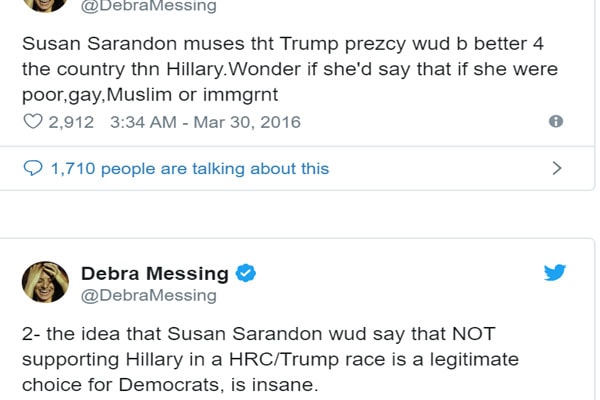 Later in 2018, when Debra and Susan began a twitter feud. People started commenting their war is back. It seems both are still not recovered yet.

Susan appeared as a guest in WWHL show. She explained the feud over with Debra Messing. She said she doesn’t blame Debra completely. Rather, she blamed the video sites which mistakenly posted with a headline with ‘Sarandon supports Trump’. She further revealed that the site had done this for money and to attract more viewers. It led them to misunderstand.

Beside witnessing their Twitter Feud, it seems Debra Messing is fighting over her views rather than with Susan Sarandon. She had written in her twitter saying Trump is a threat to the US. Well, there is no witness of them making up to each other.