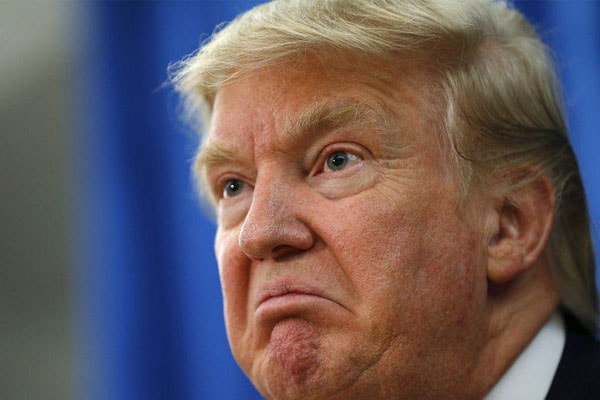 President of the US, Donald Trump must have got a list enlisting his favorite things. On number one he must have got his name and on the second, his Twitter account. The list of celebrities President Trump has had a feud with and got blocked is long.

Over the past years, Donald has come across a lot of people that generally don’t like him. He can’t do whatsoever in reality but on Twitter. He tends to punish them or let’s say ignore by blocking those who oppose him.

The 45th and current President of the US, Donald Trump has got a habit of having a feud with people. Everyone is permitted to have an opinion, but if it’s against Donald, then the person is sure to be blocked, well on Twitter. The irony is, the “freedom of speech” is in the very first amendment of the constitution of the US, Trump being the President doesn’t tend to follow it. He simply can not block people.

\If we are to make a list of celebrities that have got or had feuds with Donald Trump; then it’d be long. The current President of US doesn’t like people having opinions dissimilar to him. Besides loving himself, Donald Trump loves tweeting about stuff, and when people are against it, then his answer to them is straightforward: “Block.”  If Mariah Carey is the “Queen of Feuds’ then, we can probably call Donald Trump “The King of Feuds.”‘

The American author was blocked by President Trump on 13th of July, 2013. To which Stephen responded that he might have to kill himself. Well to his rescue came another top-notch writer J.K. Rowling as she lent him help assuring that she will be messaging the tweets.

I still have access. I’ll DM them to you. https://t.co/MhibEYDBTg

Stephen on a tweet wrote that if Trump’s Ivanka had grown in a farm country, she’d then realize that her father is reaping what he sowed. This might be the reason behind Donald Trump blocking Stephen King.

Donald blocked the gorgeous Chrissy Teigen after she tweeted that no one likes him to one of his posts. She was thrilled for a while. Hating Trump for more than nine years, that one short tweet was the straw. 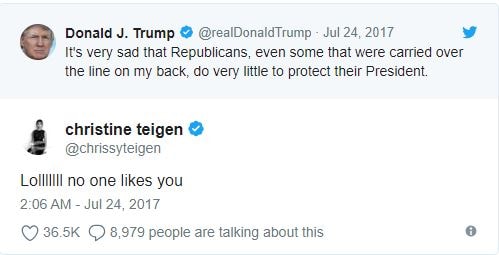 President Trump blocked the StarTrek actress Marina Sirtis after she had something to say about the war against Russia, plus Marina refers to Trump as “the orange menace.”

Co-founder of Sivvr, AJ Joshi was another victim of Trump. When Trump tweeted his famous slogan, “Make America Great Again.” Joshi replied, “I guess ‘Making America Great Again’ means destroying the world.”.Which was followed by a sad emoji too. 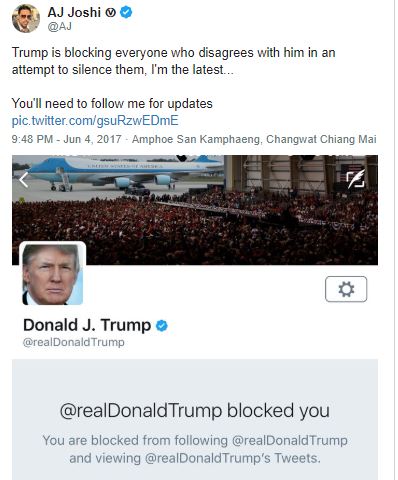 Don’t know what part of that tweet offended President Trump but almost after 12 hours, AJ Joshi was blocked.

The list goes on and on. Other celebrities having a feud with President Donald Trump are Michael Moore, LeBron James, Steph Curry, Arnold Schwarzenegger and many more.

And everyone has got the same question on their mind, “Will Donald Trump make America great again?”