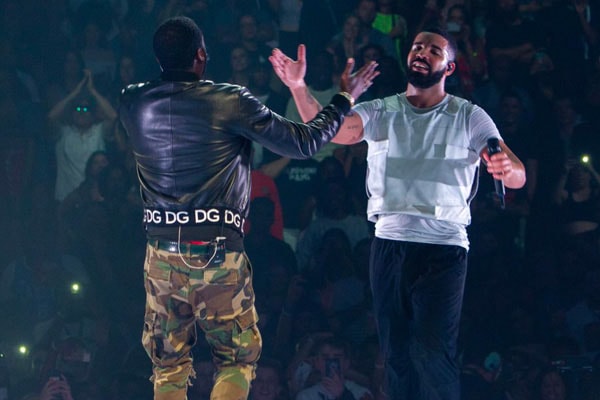 Rappers getting into feuds is one of the most common things in the music industry. If you’re a rapper but not in a feud with somebody, you’re doing something wrong. While Machine Gun Kelly (MGK) and Eminem are reigniting their rivalry with back to back diss tracks, it seems two these rappers have settled their long-time beef. Those two rappers are none other than Drake and Meek Mill.

The beef between these two rappers started way back in 2015, and it started in the most obvious place where feuds start these days, Twitter. Meek accused Drake of using ghostwriters in their collaboration R.I.C.O. Things quickly went out of control with Meek taking more jabs at Drake on Twitter, Drake replied in his own way by wearing a “Free Meek Mill” shirt, which was a jab at Meek’s 8-month long prison time.

But now, after three years of hatred towards each other, Drake and Mill have settled their differences. This took place during Drake’s concert in Boston with Migos, where he invited Meek to the stage and announced that their feud is over, calling Meek a brother. They further established this on their Instagram accounts, confirming that their feud is indeed over.

Details of Drake and Meek’s Feud

In 2015, when Drake and Meek collaborated for Meek’s song R.I.C.O, Meek took to Twitter and accused Drake of using ghostwriters. Meek followed it up with many more tweets(since deleted)  where he accused Drake of not promoting their album and even said that the likes of J Cole and Kendrick Lamar were way better than Drake. Drake’s producer Noah Shebib refuted these claims and accused Meek of being Jealous of Drake’s success.

so if someone wants to be upset that drake made a great album, go for it, get mad all day lol! but don’t ever question my brothers pen.

Though Drake didn’t initially respond, he finally took a shot at Meek last year during one of his concerts. While he was performing in Australia, he was seen wearing a “Free Meek Mill” shirt. This was a shot from Drake at Meek’s 8-month jail sentence violating probation.

This beef that lasted for three years finally came to an and during a Drake concert in Boston earlier this month. Drake, whose was doing a concert with Migos, introduced Meek and called him a brother and announced that their beef was over, which they further stated in their social media accounts.

Drake saying use him and Meek Mill squashing their beef as an example. #AATTM pic.twitter.com/nPi7rr1D2k

The reason behind the end of this feud is probably because the animosity that existed between the two might no longer be there. Drake stated that there is the need for more peace in the world, so this might be their way of promoting it by settling his beef with his former rival Meek.