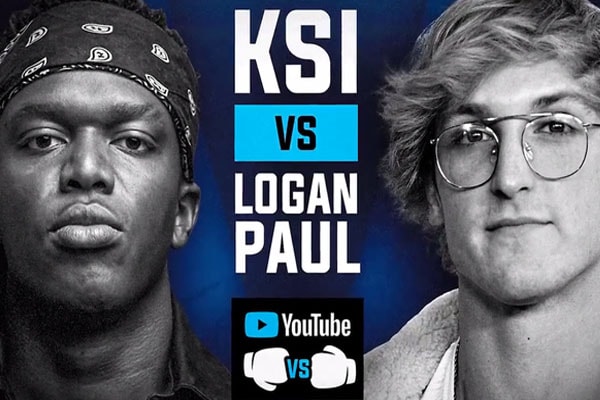 At 7 pm, 25th of August, 2018, YouTuber KSI and Logan Paul are facing one another in a boxing match. The scheduled boxing match is set to take place at Manchester Arena. Before the end of February 2019, the pair is set to face off again.

YouTuber KSI is an internet personality who at first was a Fifa gamer. Likewise, Logan Paul is also a YouTuber who gained fame after posting skits on Vines. Well, for the past couple of months, Logan Paul was in the spotlight for mocking a dead body of a suicide victim.

The fighting duo, KSI, and Logan Paul have been sparring verbally for quite some time now. KSI defeated fellow YouTuber Joe Weller in a boxing match, and since then their fans started putting pressure on KSI and Logan to have their turn in the boxing ring. As mentioned earlier the highly unprecedented KSI Vs. Logan Paul will take place on the 25th of August.

Not just KSI Vs. Logan Paul is about to go down but, various members of the pair’s squad will also be fighting one another. KSI’s brother CSG or Deji Olatunji will be facing off Logan Paul’s brother Jake Paul on the undercard.

Every KSI and Logan Paul fans are equally hyped up for the match. The boxing match is gaining a lot of support from their fans and is set to earn millions of views. No matter whoever wins but both the parties will take home a reasonable sum of money. Logan Paul also falls under the list of Top 10 highest paid and Richest YouTuber of 2018.

The KSI and Logan Paul feud began after KSI won the match against Joe Weller. The self-proclaimed YouTube Boxing Champion called out the Paul brothers after the match in a disrespectful manner.

And after a lengthy verbal insult and going at one another they finally decided to end it all with a boxing match. The KSI Vs. Logan Paul press conference was no simple either. It was filled with mockery and insults. KSI seemed to have the upper hand at the press conference.

With the majority of fans being supporting KSI, the whole crowd yelled ” F*** you Logan,” and after hearing a lot Logan Paul left the conference. KSI had a lot to say to YouTuber Logan including his girlfriend, Chloe Bennet.

The whole YouTube is, and their fanbase is eagerly waiting for the showdown between KSI and Logan Paul and to see who will be the new YouTube Boxing Champion.