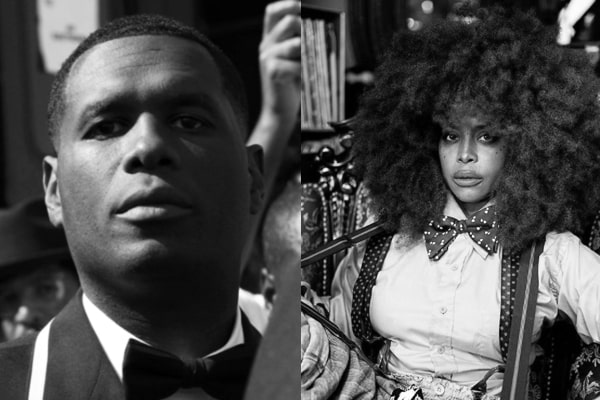 Erykah Badu, born Erica Abi Wright, is an American singer-songwriter who was influenced by R&B, 70s soul, and 80s hip hop. Moreover, she went on to become the Queen of Neo-Soul since her debut album in 1997.

Erykah not just became an icon but also enjoyed some high-profile relationships. She previously dated artists including Andre 3000, Jay Electronica, The D.O.C, among others. Here, we shall talk about the relationship between Jay Electronica and Erykah Badu.

The Couple Dated For Five Years

It is no secret that singer Erykah Badu has gone through some warmest romantic relationship history. Furthermore, she is also known for maintaining friendships after the romance is over. Likewise, Badu and Jay Electronica’s romance caught several eyes and were significantly scrutinized.

The former pair reportedly started dating in 2009. However, Badu has always been relatively private about her relationships. Hence, we do not know much about the couple. Understandably, Badu and Jay dated for five long years, and throughout their romantic days together, they became a massive subject of memes as well.

The only partner fans believe who did not get Badu’ed was her former partner, The D.O.C. Well, the eccentricity of Jay Electronica’s ex-girlfriend and baby mama was contagious, which is slowly being inherited by their baby girl, Mars.

Welcomed Their Child In 2009

Within five years of the relationship, the musically mused couple, Erykah and Jay, welcomed a daughter, Mars Merkaba Thedford, on February 1, 2009. Moreover, they blogged the entire birth process via their Twitter.

The music mogul shared her experience via Twitter with the caption, “Fattybella:” initially. Since the former couple was updating in real-time between Erykah’s contraction, Jay took over the responsibility. While doing so, he informed that their midwife was running a little late.

Moments after, Electronica updated about the water breaking and being dilated. Likewise, in about 20 minutes after his last update about seeing the head full of hair, they confirmed the arrival of their baby girl, Mars.

After birthing their daughter, Erykah expressed relief after five hours of the birthing process without painkillers. She further revealed that Mars was past due, but she had fun waiting. Badu’s daughter with Electronica is growing up into a beautiful lady and is homeschooled by her blended family members.

Has A Restraining Order On Electronica?

Since 1997, Erykah Badu has experienced and heard every sexist comment the world has to offer. But it is very concerning how the media finds it so easy to dehumanize people, women specifically.

Badu has always been known for her eccentric sense of fashion and is labeled mysterious. And for some matter, Erykah’s ex-boyfriend, Jay Electronica’s infamous possessive behavior, made headlines in 2019.

According to Hypefresh, Jay is making it clear that Erykah Badu is “his property” !! “he ain’t sharing the p*ssy.” Disregarding how annoying and disrespectful the title sounds, it reports that Jay took to Instagram to express his feelings. It started with “Erykah belongs to me,” specifying all her roles in his life.

Badu’s baby daddy made a strong comment on chasing every dude in her DM, claiming they’d have to deal with him first. Moreover, the ever enigmatic Erykah Badu called out her ex-partner on social media after he threw subtle shade at her with Drake’s ‘Feel No Wats.”

Erykah was not impressed by the video and demanded it to be taken down from the media. She jokingly wrote, “I been had a restraining order on this man.”Badu continued, “@electronica and me not supposed to be in the same place.”

Despite the controversy and petty rumors, Erykah Badu and Jay Electronica maintain a very healthy relationship with their daughter. Moreover, they continue to remain friends as well.