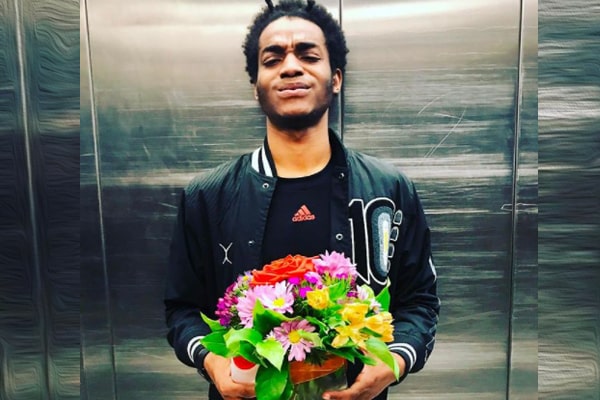 Erykah Badu screams royalty in the musical industry. The American singer-songwriter, record producer, and actress Badu is associated with the neo-soul subgenre in the 90s and 2000s.

Besides being at the top of the hierarchy in the musical world, Erykah’s relationship with her baby daddy, Andre 3000, was wildly popular. Moreover, the pair welcomed a son together and are sharing their responsibility consciously.

Therefore, here, we shall talk about Erykah Badu’s son Seven Sirius Benjamin and his whereabouts.

Only Child Of Erykah Badu and Andre 3000

As mentioned earlier, Erykah Badu and Andre 3000 were some of the most sought-after couples in the 90s. The former pair started dating at the peak of their career and welcomed their first kid, Seven Sirius Benjamin, on 18 November 1997.

Unfortunately, Seven’s parents parted ways in 1999 when he was only two years at the time. Although Erykah and Andre’s relationship ended, the pair continued effective co-parenting and raised their son jointly.

Soon, Erykah Badu’s son, Seven Sirius Benjamin, became an older brother when she welcomed a daughter, Puma Sabti Curry, with rapper, The D.O.C. Likewise, Seven also has another half-sister from his mother’s side, Mars Merkaba Thedford. Erykah welcomed her third child with her boyfriend of five years, Jay Electronica.

As of now, Benjamin is 24 years old and is in college studying Botany at University. Similarly, the replica of Andre 3000 seems to have followed his father’s footsteps as well.

Exact Replica Of His Father, Andre 3000

We people are so engrossed in our lives that we forgot to notice several years have passed by. Most people did not realize that Erykah Badu and Andre 3000’s son, Seven Sirius, is practically a grown man.

Furthermore, Seven gained attention after uploading a video on Tiktok that went viral in 2020. However, Seven prefers to stay away from the media and is yet to start his own social media accounts. Or could be he’s using social media under a different alias. Nevertheless, we are blessed to see his beautiful smile, thanks to his mother, Erykah.

Anyway, the uncanny resemblance of Seven with his father, Andre, is stunning. The half-siblings, Puma and Seven, uploaded a choreographed dance routine to Doja Cat‘s song, Say So in TikTok. Undoubtedly, it made quite a buzz all over Twitter.

Some people commented how Puma and Seven looked like Badu and Andre during their teen, while others were amazed at their genes. Interestingly, it wasn’t the first time fans pointed out the resemblance.

Moreover, fans flooded Erykah’s Instagram after she posted a video while driving around Hawaii listening to Lil Yachty‘s Who Want the Smile. Seven, not just shares striking physical resemblance but fashion style, very similar vocal and a few mannerisms too.

Nevertheless, looks are not the only thing Seven inherited from his father as he has already embarked on his journey in the musical world.

It isn’t rare to see a celebrity baby follow in their parents’ footsteps. But remaining the entire life away from the media only to start their own career without living under their parents’ shadow is pretty impressive.

A similar is the case of Erykah Badu’s baby boy, Seven, who accepted his father’s help in producing. Furthermore, Andre revealed that his son could rap well, but he does not want the world to know. He further hinted that his son probably has songs out that we listen to and don’t know about.

As mentioned earlier, Seven entered the university of his dream and started studying psychology/arts and science major. Hence, his mother posted a picture of her oldest and youngest, revealing he was in charge of teaching his sister about botany and psychology whenever he visits.

Has Great Relationship With Both His Parents

Aforementioned, Seven Sirius Benjamin’s parents, Andre and Erykah, parted ways shortly after his birth. Although the relationship ended in 1999, Seven’s parents built a strong friendship and raised their son in a peaceful condition.

Badu later explained that the former couple had promised to make the human being great, the one they brought into this world together from the day she got pregnant. Hence, both Badu and Andre raised their son together.

Seven is in his 20s and is enrolled in college, all set to build a career. He has also formed an excellent bond with both his parents, who became terrific friends later.

Seven is happy with Badu and Andre and is also close to his sisters, Puma and Mars. He also shares an excellent bond with Jay Electronica and The D.O.C.

The name Seven means strength and has African origin. Likewise, Sirius is a Greek word that translates as the brightest star seen from Earth.