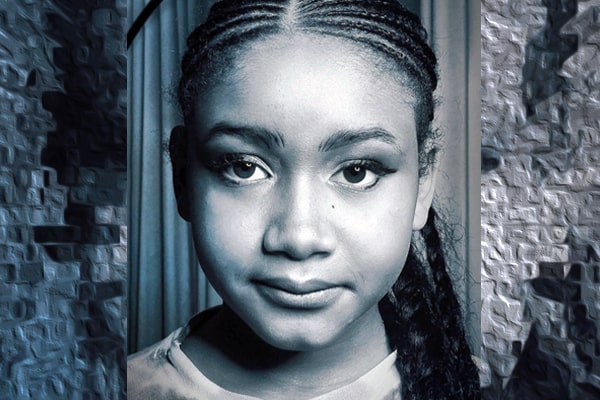 Erykah Badu, born Erica Abi Wright, became one of the prominent names in American history as a singer-songwriter, record producer, and actress. Recognized for her eccentric style of large and colorful headwraps, she has also worked in several supporting roles, including House of D.vb

Besides the triumphant career, Badu also grew up to become a doting mother of three kids, Mars Merkaba Thedford being the youngest. She welcomed her youngest kid with her long-time boyfriend, Jay Electronica.

Thus, here is everything about Erykah Badu’s daughter, Mars Merkaba Thedford’s whereabouts, and how she’s growing up.

The pair welcomed their first child on February 1, 2009, at 1:30 pm at her home. The veteran couple chose to deliver their daughter at Erykah’s home in Brooklyn with the help of a midwife. The birth of their baby girl was as emotional for their Twitter followers as it was for the couple itself.

By the looks of it, the Grammy-winning singer gave updates in real-time between her contraction and their midwife was a little late.

Furthermore, while Badu disappeared, her ex-boyfriend, Jay Electronica, took over the responsibility to update his fans about the birth. Moments after the updates regarding water breaking, being dilated, Badu’s ex-boyfriend posted that he’d seen the head full of hair. And about 20 minutes later, their daughter, Mars, was born.

After birthing Mars, Erykah wrote, “I can’t believe it’s over,” and detailed her home birth that lasted for about five hours without painkillers. Moreover, she also revealed that her daughter, Mars was a little past the due date.

Sadly, Mars’ parents, Erykah and Jay Electronica, parted ways following her birth. However, Erykah is known for co-parenting with her baby daddy, and similar is the case with Jay. Furthermore, Mars is being homeschooled by her parents and siblings.

Moreover, Mars’ mom added that her son Seven is responsible for botany and psychology when he comes home. Likewise, Jay Electronica teaches world/planetary, history, and geography. Similarly, Puma is responsible for teaching art and French, while Badu herself teaches physics, math, literature, sociology, health science, astronomy, and whatnot.

Erykah further admitted that she is guiding her daughter to see the world through her own lens through homeschooling. Hence, she believes Mars has to experience the consequences of her own judgments. Also, Mars is free to choose whatever she wants to become and is not obligated to follow in her parent’s footsteps.

Regardless of the freedom, Erykah Badu’s daughter, Mars, has inherited her parents’ musical skills.

Spitting Image Of Her Mother

Aforementioned, Erykah Badu’s baby with Jay Electronica is a beautiful and lively child. Mars Merkaba Thedford is also the spitting image of her mother, Erykah, not just the face but also the vocals.

Mars rocks the majestic afro in most of Erykah’s post. Furthermore, the 12-year-old already started showing off her vocal skills via Badu’s Instagram. The little girl sang alongside her mother in the car in one of her posts.

Moreover, Erykah Badu’s daughter is growing up in a blended family, but away from the spotlight. Regardless of privacy, Mars has the best childhood and probably takes cues from her mother’s grace. Hence, we will hopefully see more of her in the coming days.

The name Mars has Greek origin, which means God of war. Likewise, Merkaba is a Hebrew word that means chariot.