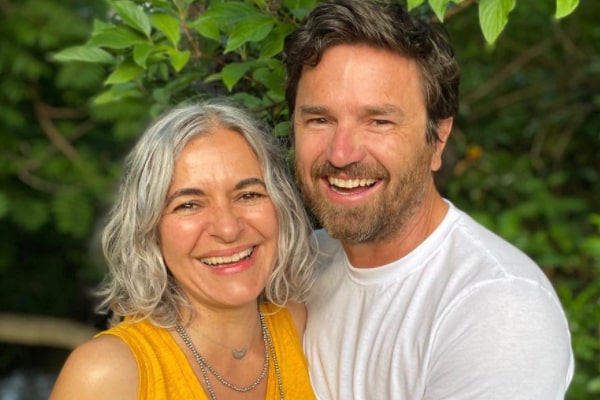 Elizabeth Taylor was an English-American actress, a humanitarian who began her career as a child actor in the early 40s. Amassing popularity as one of the most popular stars of classical Hollywood in the 50s, Taylor continued her career successfully in the 60s.

Moreover, named as the seventh-greatest female screen legend in the late 90s, Elizabeth was involved in several relationships. She was married seven times and welcomed four kids. Today, we will be talking about Taylor’s first grandchild from her son with her second husband, Michael Wilding.

Actor Michael Wilding Jr. welcomed his first child with ex-wife, Beth Clutter. The former pair were married in the 70s and had welcomed two kids, Laela Wilding being the oldest. Legendary actress and philanthropist Elizabeth Taylor welcomed her first granddaughter with great affection.

Born in 1971 to Michael Wilding Jr. and Beth, Laela Wilding grew up in northern California with her sister, Naomi Wilding. Wildng Jr.’s daughter, Laela, spent most of her time with her grandma during holidays and occasional Sundays.

Furthermore, Laela does not remember her granny as a star; she remembers her as a family who loved to style and advice ‘if you’ve got it, flaunt it.’ Not a typical advice from a grandmom to her grandchild, but well, she was not an ordinary human but an eternal romantic person and a star.

Michael Wilding Jr.’s daughter, Laela Wilding, grew up to be a phenomenal person with artistic nature. According to her bio, she works as a graphic designer in Portland.

Moreover, Laela Wilding also owns a Yoga NW and serves as an instructor. Her lessons are slow-paced, either Yin Yoga or Hatha-style. Similarly, Laela’s classes strive for calm reflection and physical exploration.

Wilding Jr.’s daughter, Laela, received her 200-hours yoga teacher training at Yoga Bhoga, Yin Yoga training with Bernie Clerk, Yoga Nidra with Michele Lowe, and Simon Menashe. She holds immense gratitude for her mentors and hopes that each student finds their joy in the stillness that her class offers.

Continues To Keep Her Granny’s Legacy

According to Laela, she is deeply affected by her grandma, Elizabeth’s acceptance, which reminds people to be compassionate and loving. She feels that at the end of each of our lives, all a man can do and be proud of is their kindness and how they treat others.

Likewise, Michael Wilding Jr.’s eldest daughter is determined to support her grandmother’s legacy and allow the world to know her savvy grandma’s foundation is thriving. Not only Laela but her sister, Naomi, and half-sibling, Tarquin Wilding, equally participate for the cause.

Married And Mother Of Two

Well, a thing about Michael Wilding Jr.’s daughter, Laela, is that she is notoriously secretive. Nevertheless, according to Laela’s bio on her Yoga page, she has two kids with her husband, Todd.

Laela Wilding’s husband and kids are a mystery, but according to A&U, her son, Finn McMurray, also serves as an ambassador at ETAF. Furthermore, avid love for dogs runs in the family as well.

Laela Wilding’s Instagram is private. Therefore, we could not find much of her personal life. However, she is highly motivated to provide sex education to the kids and shares her grandma’s aspirations and siblings, kids, and cousins.

Let’s hope Michael Wilding Jr.’s daughter keeps up the good work and inspires her kids to do the same in the future.

The name Laela means night beauty, which has an Arabic origin.