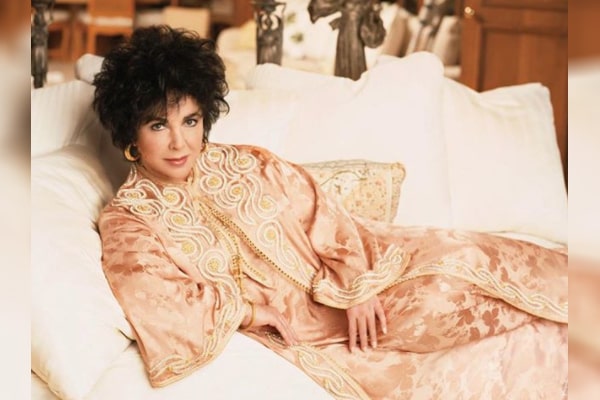 Elizabeth Taylor's grand daughter, Naomi was influenced by her grandma's commitment to humanity and her fashion. Image Source: Taylor's Instagram.

Besides being an actor, Michael Wilding Jr. is a doting father of three kids from two marriages. Today, we will follow his second child, Naomi Wilding, from his first marriage with Beth Clutter.

He welcomed his first two daughters with former partner Beth Clutter, Naomi Wilding, being the youngest. Furthermore, born and raised in West Wales, Michael Wilding Jr.’s daughter, Naomi, was always close to her family and older sibling, Laela Wilding. The sister-bond is impeccable, and they truly embrace their family name.

Likewise, Naomi has inherited her grandma, Elizabeth’s beauty, and is as compassionate as her. Growing up with her and siblings, who are talented and secure in their future, really helped Wilding Jr.’s daughter evolve.

Aforementioned, Michael Wilding Jr.’s kid, Naomi, inherited Taylor’s beauty, but she also acquired her sense of fashion. She pursued fashion design at Central Saint Martins in London. Furthermore, while talking to Glamour, she revealed that playing with her granny’s clothes and sewing with her mom inspired her to go into the fashion industry.

Moreover, she moved to New York City at 24 to pursue a career as a designer. Although New York is considered the city of dreams, it is a struggle for even a star kid. So was for Naomi as she struggled to establish herself and borrowed clothes from her grandma’s closet initially. However, hard works paid off, and she became a fashion director at Issue Magazine.

Naomi learned to relish abundance and make subtle outfits interesting. She learned from the best and put them into action, turning her into a freelancing fashion designer. Besides Naomi Wilding’s career as a fashion designer, she is also a co-owner of a contemporary art gallery and her partner, Anthony.

As mentioned above, Michael Wilding Jr.’s daughter, Naomi, runs a contemporary art gallery named Wilding Cran Gallery since 2014. People often advise not to start a business with life-partners, but it is them whose empire proliferates wildly, like Naomi and her spouse Anthony Cran‘s did.

The couple started their venture in 2014, inspired by Anthony Cran’s father, a Canadian artist, Chris Cran. He commissioned them as they were selling his work, which gave the idea to explore it more seriously.

They hosted several ambitious shows, including ‘Here Now’ with six painters from LA who were not represented by the Gallery. Michael Wilding jr.’s daughter feels good to bring works they’re not familiar with and display. As of now, the Gallery is closed for Summer break.

Keeping Up With Her Grandmother’s Legacy

Aforementioned, Elizabeth Taylor is one of the most influential figures Naomi Wilding grew up with. She is heavily influenced by her way of living, shaped her thoughts, and became as compassionate as she saw her grandmother was.

Besides being an actress, Elizabeth Taylor aspired AIDS-free world and hence established Elizabeth Taylor AIDS Foundation. The organization has seen several generations, and now the legacy is curated by her grandchildren and their offsprings.

Michael Wilding, Jr.’s daughter, Naomi, also serves as an ambassador for the organization. Profoundly inspired by her grandma’s commitment to the cause, she learned about human responsibility to do what they can to help those who are in need. Hence, she rigorously works for the reason as well.

Taylor’s granddaughter, Naomi, grew up with her and now is a married woman and a mother. Aforementioned, she started her venture with her husband, Anthony, but their love story is rather daring. Naomi Wilding is a private person who keeps her Instagram account private and Facebook barren, but her married life is a beautiful garden with blissfulness and butterflies.

The lovely couple met in 2002 when Naomi lived with her granny. She believed in love and hence loved her husband fiercely without the fear of hurt. Wilding eloped to Las Vegas with her husband, Anthony, with a strong commitment to not walking away from the relationship.

As of now, they are married for more than a decade and welcomed a son, Declan Cran. Naomi Wilding’s son was born prematurely. The incident brought her closer to Elizabeth. Furthermore, she is an ambitious woman and thrives on gaining a name for her works. Thus, she revealed that she struggles with balance as a mother too.

However, Michael Wilding Jr’s daughter is doing a great job from her career perspective and personal life. Let’s hope to see more of Naomi in the coming days.

The name Naomi is a Jewish name of Hebrew origin that means pleasantness.