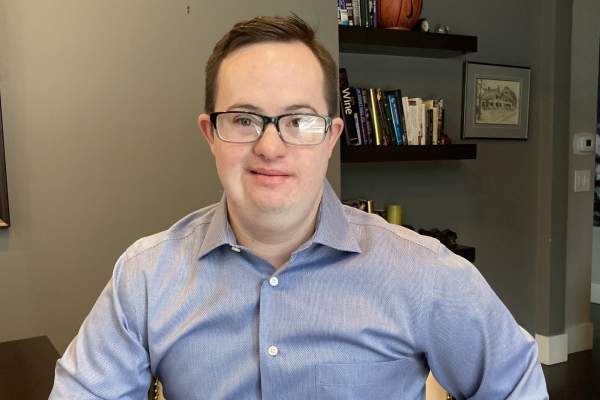 If you are a huge fan of ice hockey, you must have heard of Darryl Sutter. Born Darryl John Sutter, he is a Canadian ice hockey coach and former professional player. He is one of the famous seven Sutter brothers and currently serves the Calgary Flames of the NHL.

Aside from being an established hockey figure, the head coach is a family man. He enjoys a blissful life with his wife and children. Many must be curious about his kids. Thus, we will learn more about Darryl Sutter’s son, Christopher Sutter, in this article.

As the title suggests, Christopher, aka Chris Sutter, is the youngest child of the coach and his wife, Wanda Sutter. He grew up with two siblings, Jessica “Jessie” Sutter and Brett Sutter. Born on March 30, 1993, he has an age difference of about eight years from his eldest sister. Likewise, he is six years younger than his brother.

Darryl Sutter‘s daughter, Jessie, attended Leland High School in San Jose and played a season of volleyball at Red Deer College. But, she hasn’t revealed much about her current whereabouts at the moment. Hopefully, we will learn more about what she is doing now in the days ahead. On the other hand, Chris’ elder brother is an ice hockey athlete, playing for Ontario Reign as a center and left-wing.

Day 2 of trek back home to Alberta and my traveling partner is back to doing what he does best. 💤💤 pic.twitter.com/xIiPSLRVId

Christopher often appears on Brett’s social media account. We can tell that he is absolutely adored by his big brother. Also, we don’t doubt that his older sister, Jessie, also loves and adores him.

Was Told He Wouldn’t Live Long

Within hours of Chris’ birth, his parents were delivered some devastating news. The doctors said he had serious health issues, including Down Syndrome, and wouldn’t live long. If he did, Darryl Sutter’s son would most likely be blind and deaf and would have to spend his whole life in an institution.

Darryl Sutter’s kid had heart surgery when he was less than two weeks old. The doctors had to give him such powerful bursts of oxygen for four to five days that they thought it would make the baby blind and deaf. In addition, Chris also had multiple ear surgeries and bones put in his ears. As for his eyes, one of them is average, but the other’s eyesight is really bad.

Despite being told that he wouldn’t survive for long, Christopher is currently leading a happy life with his family. He is now twenty-nine years old and is loved by many, including the members of the Calgary Flames. The hockey players showed support for their coach’s son at the 2022 World Down Syndrome Day by donning mismatched hockey socks at practice.

Christopher went to the Viking School in Viking, Alberta, Canada. He also attended the Springbank Community High School in Calgary, Canada. Then, he started working and helps on the family’s homestead. In addition, as per his Facebook account, the young man also works at Viking Meats, a butcher and grocery store at Central Viking.

Well, Chris’ job at the shop isn’t limited to one area. He works as a cashier and store clerk, runs the till, takes out the garbage, places stickers on vacuumed packed meats, and prices them. Moreover, as per Yogi Miskew, whom Darryl Sutter’s baby boy used to report to, Chris takes great care in what he does.

Despite all the odds, Christopher Sutter has grown up happily. As per his social media profile, he enjoys traveling, cooking, baking, singing, baseball, basketball, watching movies, and playing video games. He is also popular for busting some dance moves to hype the crowd during ice hockey matches. We wish Darryl Sutter’s son continues to lead a healthy life for a long time with his family.

Christopher’s given name is derived from the Greek word Christóforos and means “bearer of Christ.”