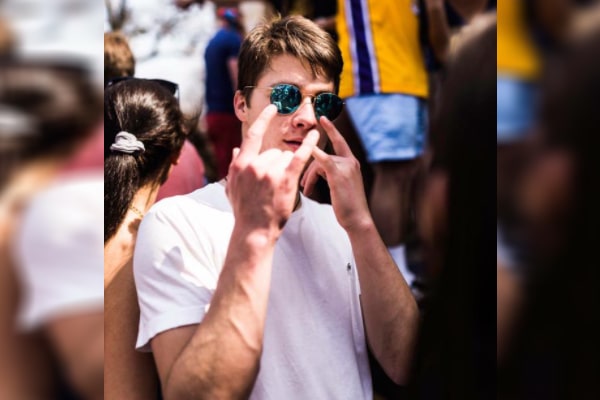 Mario Batali is a celebrated chef in the American restaurant industry. Owning several restaurants worldwide, Mario has maintained his net worth and fame at the same pace. Moreover, appearing on several shows also aided in his success. However, the restaurant review site Eater revealed several accusations of sexual assault against the American chef Batali in 2017. As a result, Batali sold his restaurant holdings, and the allegations somewhat tarnished his legacy.

Despite the allegations and several controversies, Mario Batali is still a loving husband to Susi Cahn and a doting father to their two sons, Benno and Leo Batali. Here we will be discussing Leo Batali’s whereabouts. Rising to fame as Mario Batali’s son, Leo Batali is making a name of his own in a completely new direction. Therefore, stick to the end to know about Leo’s whereabouts and career choices.

As stated earlier, Mario Batali is a celebrated chef, but most importantly, he is a husband and a father. He welcomed two sons with his wife of 27 years Susi Cahn, Leo Batali, being the youngest.

Mario Batali’s son, Leo, was reportedly born during the height of his career in the late 90s. Furthermore, influenced by his father, Leo published a book named The Batali Brothers with elder sibling, Benno Batali. Both Benno and Leo were very young when they first released their cookbook of 100+ pages in 2013.

Mario Batali’s son, Leo Batali, also appeared in his father’s cooking show, The Chew. He also accompanied his brother and father to Late Night With Jimmy Fallon to promote their book. Leo had already accumulated a fan from his cookbook but later decided to vanish from social media entirely.

Following Mario’s allegations against sexual assault, he and his entire family are off social media. Moreover, his Facebook is utterly silent since 2017, and he is maintaining a private life.

Similarly, Leo Batali’s Instagram is private and has garnered 1400 followers. He seems to post more on Instagram and thus privatized his profile. Despite maintaining a personal image, Leo Batali’s profession has reached out.

Mario Batali’s youngest child, Leo Batali, has completely altered his career from his father. Although he showed interest in culinary, Leo’s real passion was in business. As of July 2020, he started working with Republic Labs as an investor relation analyst.

According to Republic Lab, Leo’s responsibility as a Republic Labs investor relations program is to source and curate all LPs’ investment programs. He further maintains the deal transparency and keeps his clients up to date on investment. The University of Michigan graduate founded an entertainment curation platform while in university.

Before joining Republic Lab, Mario Batali’s son, Leo, garnered experiences across the entertainment and hospitality industries, from managing musicians to coordinating logistics. According to Leo Batali’s LinkedIn, he was associated with Def Jam Recording, WME, VICE Media, etc., as an intern from 2011 until 2019.

Therefore, Leo is a pro at his job and looks forward to keeping his legacy. Although he altered his career as an investor relations analyst, Leo still loves cooking and helps his father. We shall look forward to Leo and his success in the coming days. Hopefully, he decides to make his social accounts public and let us sneak into his life a little.

The name Leo has a Latin origin that means Lion.