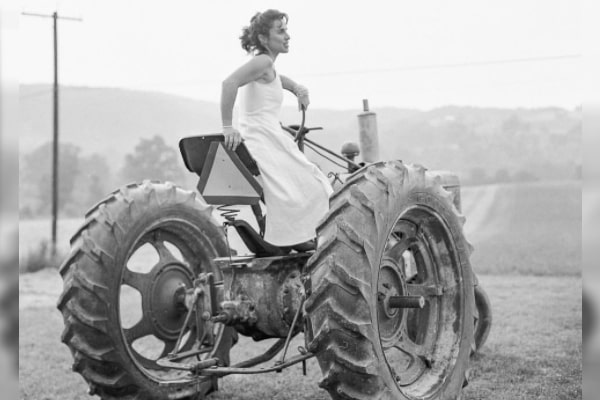 Mario Batali, born Mario Francesco Batali, is an American chef, restaurateur, and media personality. He is known for his appearances on shows like Molto Mario and Iron Chef America. Besides being a celebrity chef and television personality, Mario made several controversial headlines after accusations of multiple sexual assaults in March 2019. Mario then sold his restaurant holdings attributed to the horrendous allegations.

Despite allegations that almost cost Mario’s career, he is in a blissful marital life with his wife, Susi Cahn. They have been married for over two decades and are still together. While Mario Batali is sharing his talent with the universe, his partner is satisfied with her partner’s success. However, Mario Batali’s wife, Susi Cahn, deserves some recognition, and thus, here are five facts about her, including her whereabouts and net worth.

Mario Batali’s wife is a secretive person and has kept her personal lives away from media scrutiny. However, Cahn couldn’t bury the fact that she comes from a robust background. It turns out, Susi Cahn’s parents, Miles Cahn and Lillian Cahn were the co-founders of Coach Inc.

The Cahn couple founded the Coach Leatherware Company in 1946, which helped reinvent the American handbag as chich and practical. Moreover, Susi Cahn’s mother, Lillian, encouraged Miles to produce their first-generation women’s bags. Furthermore, Miles boasted about how good his wife was in her job.

Likewise, after a few years into the industry, Cahn’s company completely took over the business. They further sold their baby company to the Sara Lee Corporation for $30 million. The couple additionally invested the acquired profit in Farm, and thus, the Cahn family transitioned from the Coach Leatherware Company to Coach Farm in New York.

Born in an entrepreneurial family, Susi has one or two tricks up her sleeves to make a living out of business. However, she is not the only child in the family. Susi, aka Susan Cahn, grew up along with a brother David Cahn. Both David and Susi must have had a fun childhood witnessing their parents’ success.

When time mandates, one needs to leave their physical form. Thus, Susi Cahn’s parents died in peace. Her mother, Lillian Cahn, passed away at age 89 years old in her husband’s arms. According to NY Times, he confirmed the sad news and spoke very highly of her. Similarly, Miles Cahn died at age 95 in February 2017 in his Manhattan apartment.

Aforementioned, Susi Cahn hails from the successful family background. Although the Cahn couple initially defined the American definition of luxury bags, they later settled down making farmstead and goat cheese in the Hudson Valley in 1983.

Alike the handbag company, their farm’s goat cheese’s fame heightened rapidly. Many notable chefs use their products every day. Moreover, Mario Batali is a huge fan of Coach Fairy Goat Farm and incorporated its products in almost all of his restaurants.

According to Edible Manhattan, some of the Batali’s menu items that use Susi Cahn’s farm products include the yogurt sorbet and goat cheese frittelle. Moreover, he also uses the goat cheese topped pizzas at Otto.

Through all the ventures, Susi Cahn’s net worth must have increased significantly. Likewise, her partner, Mario Batali’s net worth is estimated at $25 million, and thus, they make a decent living. Moreover, Batali built a reputation throughout the years, opened several restaurants worldwide, published cookbooks, a line of food products, and became a television personality.

Therefore, it is fair to assume that the Batali couple has accumulated a massive fortune. Susi can secure a lavish lifestyle and currently resides in Greenwich Village in New York. They reportedly have a summer home in Grand Traverse Bay in Michigan.

Besides adding zeros to their bank accounts, Mario Batali’s wife, Susi Cahn, is very mindful and makes efforts to help the needy. They initiated the Mario Batali Foundation, which helped to feed and educate the children.

Mario Batali’s Wife Is Not A Big Fan Of Cooking

Despite making a fortune from the kitchen business and even initiating a foundation to feed the impoverished, Mario Batali’s wife, Susi Cahn, is not a big fan of cooking. During an interview with Family Circle, Batali made it clear that his beautiful spouse stays out of the kitchen.

Batali further confirmed that she makes only one food every year, i.e., his birthday cake. That’s it. Except September 19, Mario Batali’s partner, Susi, is far from the kitchen. Moreover, she strengthened her husband’s sentiments while talking to the NY Times in 2002. When Susi was asked if she likes to cook, her reply was obvious, ‘I don’t have to.’

Honestly, why would anyone bother with a kitchen expert and bring a restaurant to your dining room?

Met in Food Festive & Married Since 1994

Enough about Susi Cahn’s net worth and business ventures, let’s talk about her relationship chronicles with her celebrity chef husband, Mario. While speaking to New York Times, Batali said that he met his wife at a New York food event. Susi visited such events solely because of her family business, and she caught him mispronounce a type of cheese.

Thanks to the ‘tomme’ cheese, the romance between Batali and Cahn started. Their relationship remains cheesy despite being together for more than 20 years. After building a relationship and understanding, the Batali couple exchanged vows in 1994 on a Caribbean beach. Furthermore, they held their reception with mariachi and zydeco bands and switched the traditional wedding cakes with tubs of ice cream sandwiches.

Mario Batali’s beau, Susi, decided to marry him because he had a beautiful family. And today, they have expanded their own. The Batali couple is proud parents of two handsome and successful sons. Moreover, even after decades-long marriage and many controversies, Susi remains faithful to her husband and has maintained their marriage.

Moreover, Batali’s partner even refused to discuss the recent sexual allegations and continued to root for her partner. Well, Mario Batali’s life partner, Susi, is a fighter, and she saw her parents keep their vows until the end. Therefore, we shall see the Batali couple root for one another and keep their marriage alive.

As mentioned earlier, Mario and Susi welcomed two sons during their years-long marriage. Since Susi keeps her life low-key, there aren’t many details about her sons, Leo Batali and Benno Batali. However, they certainly decided to follow their father’s footsteps into the culinary world.

According to Michigan Live, Susi Cahn’s son, Benno, attended the University of Michigan. Besides colleges, her sons released a book named The Batali Brothers Cookbook in May 2013. The family of four maintains a harmonious family environment. Amidst all the chaos Mario Batali’s fame invites, they still manage to have a typical family dinner at the end of the day.

Therefore, we mentioned almost everything we’ve found about Mario Batali’s wife, Susi Cahn. She’s a warrior and a foundation that’s keeping the Batali family together. Thus, if you got more information about this beautiful woman, do not forget to mention it.