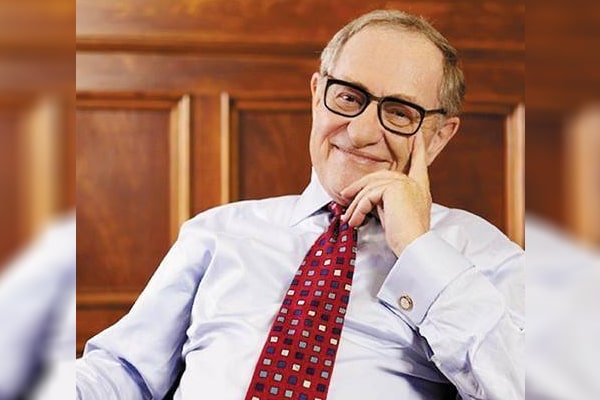 Alan Dershowtiz's son Elon Dershowitz is a film producer who is known for his work in Fallen. Image Source: Alan's Facebook.

Several people are determined to continue their parents’ legacy, while a few like Elon Dershowitz preferred altering their career altogether. Born to a lawyer father, Alan Dershowitz, Elon is a film producer making movies and entertaining people. On the contrary, Elon Dershowitz’s father is a strongly opinionated man with strict beliefs and a handful of scandals.

Well, there’s enough time and an entire Wiki page to describe Elon’s father. Therefore, let’s talk about him, Elon Dershowitz, and his accomplishments. We might as well find about his mother and his career as well as his personal lives. So, buckle up.

Elon Dershowitz Is A Film Producer

Elon Dershowitz comes from a family with a strong reputation and influence. However, the career he chose is entirely different from his father’s. Alan Dershowitz’s son is an astonishingly grounded filmmaker known for his work in Fallen, Wall Street, etc. Furthermore, according to Elon Dershowitz’s IMDb, he has at least ten credits as a producer and one for an actor.

Although Elon chose to live in privacy, his works spoke loud and clear with his fans. He has worked in movies like The Whole Truth, Pete Rose on Trial, etc., as a producer. Similarly, Elon’s work as an executive producer in Class Actions, Fallen, The Advocate’s Devil, etc., is entirely plausible. Likewise, Elon has also worked in Dream Lover and Reversal of Fortune as a co-producer. His father, Alan Dershowitz, wrote the movie, Reversal of Fortune.

Moreover, Elon Dershowitz’s net worth might have skyrocketed with Fallen’s success, which grossed $25.2 million worldwide. Unfortunately, he seemed to have been taking breaks from the entertainment world as he remains silent about his new movies. Besides working behind the camera, he only appeared in one film named The Girlfriend Experience as the jewelry store owner.

Well, despite maintaining privacy, both professionally and personally, Alan Dershowitz’s son, Elon Dershowitz, must be doing fine in his life. Furthermore, we could anticipate one or two movies in the coming days. Until then, let’s learn more about his family background.

As mentioned earlier, Elon Dershowitz came from strong family background. Born on June 23, 1961, in Massachusetts, he was the firstborn to the defense attorney, Alan Dershowitz, and his ex-wife, Sue Barlach. Furthermore, Elon Dershowitz’s parents first met at a Jewish summer camp in the Catskills. Alan further described his late wife as an orthodox Jewish girl in his book Chutzpah.

The former couple got married in 1959 at a very young age. Elon Dershowitz’s father, Alan Dershowitz, was 20, and his mother, Sue, was only 18 at the time. After a couple of years into marriage, they welcomed their first child, followed by a second son, Jamin Dershowitz, in 1963. Unlike Elon, his brother followed in his father’s footsteps and became an attorney.

Unfortunately, Elon Dershowitz’s parents’ wedding did not last long as they separated in 1973. Their divorce was finalized in 1976 that granted provisional custody of the children to Sue Barlach. Moreover, Judge Haskell Freedman noted that Alan Dershowitz’s attitude towards Barlach had negatively affected her health to the point she required medical treatment and brief psychiatric therapy. According to The New Yorker, Alan adamantly denied the accusation, and Elon testified of witnessing no improper treatment.

As mentioned, Alan Dershowitz’s ex-wife, Sue, was given provisional custody of Elon and his siblings. However, Alan fought for sole custody and was granted one as he brought in a psychiatrist Pierre Johannet as an expert witness. Unfortunately, Elon Dershowitz’s mother, Sue Barlach, drowned in the East River ‘in an apparent suicide.’

Born to Alan and Sue Barlach, Elon Dershowitz is the oldest child in the Dershowitz family. He has a younger brother named Jamin Dershowitz, an attorney like their father, Alan Dershowitz. As we all know, Alan has made several headlines and was entitled to several conspiracies. Even now, he is on the front or back page of magazines and online media portals after he talked about defunding Donald Trump in another impeachment trial.

When Elon Dershowitz’s personal life is a mystery, his brother, Jamin is married to Barbara Dershowitz and has two children, Lori Dershowitz and Lyle Dershowitz. Furthermore, Elon also has a half-sister named Ella Dershowitz, born to his father, Alan, and his second wife, Carolyn Cohen, a retired neuropsychologist. Interestingly, Elon’s half-sister is also an actress, and they share a good bond.

Regrettably, Elon Dershowitz continues to live a serene and private life, keeping his social media confidential. Therefore, let’s hope to hear more of his work and his whereabouts in the coming days.