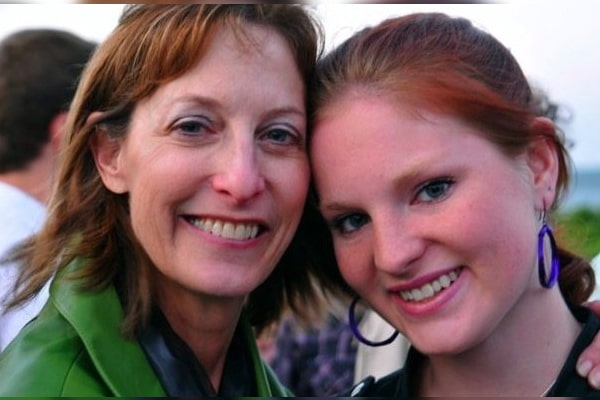 Alan Morton Dershowitz is an American lawyer. He is popular for his work in American criminal law. Furthermore, he is also a political commentator, legal analyst, and a prominent voice on the Arab-Israeli conflict. Besides being an extraordinary lawyer, Alan is also an author who has written several books on a wide variety of topics.

Except for his identity as an attorney and the conflicting political views, Alan Dershowitz is also a caring partner and a proud father of three kids. Therefore, today, we shall be discussing Alan Dershowitz’s wife, Carolyn Cohen, and her whereabouts.

Attorney Alan Dershowitz’s wife, Carolyn Cohen, is a retired neuropsychologist. She has a Ph.D. in clinical psychology and joined her husband at Harvard as a supervisor and clinical at Harvard Medical School. Besides working as a neuropsychologist, she also co-authored a study published by Harvard.

Furthermore, Alan’s partner, Carolyn, is listed as the co-author of numerous studies published by notable medical journals. Moreover, the Indiana University graduate was also named in a study published in JAMA Neurology about Alzheimer’s and dementia in 1991. The retired neuropsychologist currently practices in her home in Miami Beach.

Apart from having a degree in clinical psychology, she has also volunteered in several events for her communities. According to Little Sis, a non-profit research group, Alan’s spouse worked as a volunteer for a couple of years. During her time with the Public Accountability Initiative, she helped serve children in poor neighborhoods in Boston and Miami.

Since Carolyn Cohen’s LinkedIn provides no further information regarding her professional career, she must be enjoying her retirement. It appears that Carolyn met her husband Alan Dershowitz in Boston as Dershowitz was giving a speech. Thus, let’s read about the love between Mr. Alan and Carolyn Dershowitz.

Love At First Sight & Married Since 1986

Aforementioned, the Dershowitz couple met in Boston. According to The New Yorker, Dershowitz spotted a beautiful psychologist at the time named Carolyn Cohen, who came to hear his speech. He was, as the article says, transfixed and soon began their romantic relationship.

After a short courtship, the couple began living together, and four years later, Alan and Carolyn got married in 1986. The Dershowitz couple has a vast difference of approximately 12 years. After their marriage, Alan and Carolyn spent their time at their lavish and majestic Cambridge house and vacationed on Martha’s Vineyard.

The couple welcomed a daughter named Ella after four years into marriage. The intellectual couple, Carolyn and Alan, are living happily, sharing love and understanding. It’s their sense of respect and responsibility for each other that has made their bond more robust than ever.

Mother Of One Daughter

As stated earlier, Alan Dershowitz and Carolyn welcomed a daughter named Ella Dershowitz in the 90s. Unfortunately, Ella has maintained her privacy like her mother, and thus, it’s quite hectic to find details of her birth. However, Alan Dershowitz’s daughter with wife, Carolyn Cohen, Ella, is an actress.

Furthermore, Ella graduated from Yale University with a degree in theater. According to her website, she has got multiple stage credits, including Can You Forgive Her alongside actress Amber Tamblyn in 2014, The Screenwriter’s Daughter, etc. Similarly, Ella’s resume also includes her work in The Affair, Knife Fighter, and Lie To Me.

Furthermore, Carolyn Cohen and Alan were very supportive of their daughter’s career and insisted on joining the college. After she graduated from Yale, Ella felt her father’s happiness, who hands out flyers to strangers in New York when she is in a show. During an interview with MV Times, Cohen’s daughter, Ella swore that Alan had handed one of the flyers to former President Obama.

Although Ella is the only child of Alan and Carolyn, she has two half brothers, Elon Dershowitz and Jamin Dershowitz, from her father’s first marriage to Sue Barlach. Interestingly, Carolyn Cohen’s stepsons are very private and preferred staying away from the media’s scrutiny.

Also, Ella’s half-brother, Elon, is a film producer, but the words of them working together are yet to fly. Until then, let’s learn about her parents, Alan and Carolyn’s interest in antique stuff and their extraordinary estates.

There are always shared common interests for a couple that sparks their relationships and makes their bond stronger. Aforementioned, the Dershowitz couple spent a massive home in Cambridge, which was previously owned by Noble-Prize-winning biologist David Baltimore. They both had a taste for glamour and thus spent several years in the house.

Furthermore, Alan and his wife, Carolyn, also owned a house worth $1.15 million before they put it on the market in 2012. They enlisted their 5500 sq. feet house was with a price of nearly $4 million. Moreover, according to Harvard Crimson, Dershowitz’s place is a sanctuary for artworks and painting at their home near Harvard campus.

Interestingly, Alan Dershowitz’s wife, Carolyn Cohen, shares his love of collecting sculptures and antique pieces, which were wonderfully displayed in the living room. Amongst the Dershowitz couple’s eccentric collection, the framed signatures from every U.S. president except Barack Obama is quite remarkable.

Carolyn’s husband hinted at sending their collections to the museums after he retired from Harvard.

Over the thirty years of marriage, the couple is still making ways to make their marriage work. Carolyn often shares her pictures of them on vacation via Facebook, reflecting a healthy relationship and parenthood.