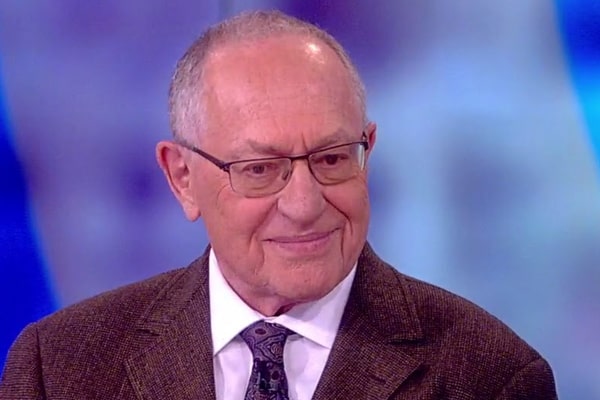 Alan Dershowitz is a renowned criminal lawyer who has represented defendants of the highest-profile. Born in 1938, he is known for his work in American criminal law and controversial political views. Dershowitz not only represented high-profile people but also became a political commentator and legal analyst.

Above all, Alan Dershowitz is a doting father of three adult kids and a loving husband to his wife of 35 years, Carolyn Cohen. However, the serenity in the Dershowitz family came pretty slow and through awkward situations. Furthermore, we all know fragments about Alan Dershowitz’s ex-wife, Sue Barlach, and very little about her life. Therefore, we shall talk about Alan’s first marriage and the mother of his two sons, Sue Barlach.

Attorney Alan Dershowitz is also known as a controversial lawyer and has a lot in his name. However, there are things regarding his first wife, Sue Barlach aka Susan Barlach. Unfortunately, there isn’t much about Alan Dershowitz’s ex-wife, Sue, on the internet. However few information we have gathered about her, she seemed to have maintained her privacy extraordinarily.

Well, Sue rose to fame because she married Alan Dershowitz. However, the marriage was not a successful one, and thus, the former partners had a famous divorce instead. The prolonged procedure ended in 1976. After the divorce and losing custody, she worked as a research librarian for the International Ladies’ Garment Workers’ Union.

Sadly, Sue Barlach drowned in the East River on New Year’s Eve in 1983. According to The New Yorker, it was an apparent suicide. Interestingly, there are no—details about Alan Dershowitz’s late partner, Sue’s death. Furthermore, several conspiracies and tweets question why and how Sue’s records are off the internet.

What I’ve always thought was odd was somehow, Alan Dershowitz’s first wife, Sue Barlach, has been erased. Try to find her obit, or anything about her. It’s like someone removed her from history. https://t.co/RDH8kc1CqV

A few articles are also swirling around that wrote about Alan having a giant skeleton in his closet. Moreover, the report further sheds light on the story of Sue Barlach in 2007. Well, although dug deep, Alan Dershowitz’s ex-wife, Sue, is still a mystery, resting somewhere in peace.

Married For 14 Years With Two Kids

Aforementioned, Alan Dershowitz and the late Sue Barlach, aka Susan Barlach, were married on 21 June 1959. As stated, there isn’t much about the couple’s relationship or marriage, but there are a few rumors of domestic violence and abuse. The former couple met at a Jewish summer camp in the Catskills. Both Alan and Sue were 20 and 18 when they got married.

Sue welcomed two sons, Elon Dershowitz and Jamin Dershowitz. Elon is a film producer known for Fallen’s work. On the other hand, Sue’s second son, Jamin, is an attorney like his father. If Sue was to be alive today, she would be a very proud grandma to her second child’s children, Lori Dershowitz, and Lyle Dershowitz.

Reportedly, Alan and Sue’s marriage was getting cold after a few years. It was devastated after Elon was diagnosed as having a brain tumor at age 10. Although Elon eventually recovered, their marriage fell into a bottomless pit. The couple parted ways as Alan immersed himself in his work while Sue continued to look after ger boys and live a private life.

Inevitably, Alan and Sue eventually divorced in 1975, which was not a good ride.

A Bitter Divorce and Custody Battle

As stated earlier, Sue Barlach suffered a horrible marriage and had to go through a very bitter divorce settlement that included alimony and custody.

Alan Dershowitz’s ex-spouse Sue Barlach separated after fourteen years of marriage and filed for divorce shortly after. Their case entered court in 1976. There were accusations of domestic violence on Alan’s part that affected Sue’s health to the point she required medical treatment and brief psychiatric therapy. However, Alan denied any mistreatment, and their son, Elon, recalled no improper treatment.

Settling alimony was not a smooth ride either. Sue mentioned that her ex-husband, Alan Dershowitz, had understated his income. Despite Alan’s response with doctors’ affidavits, the judge ruled him to pay Sue a modest amount for five years. After the divorce, Alan remarried a retired neuropsychologist, Carolyn Cohen, and birthed a daughter, Ella Dershowitz.

Unfortunately, Sue Barlacha’s marriage was a mess and had a tragic end. Currently, Alan Dershowitz’s ex-wife, Sue, is resting in peace watching over her boys.