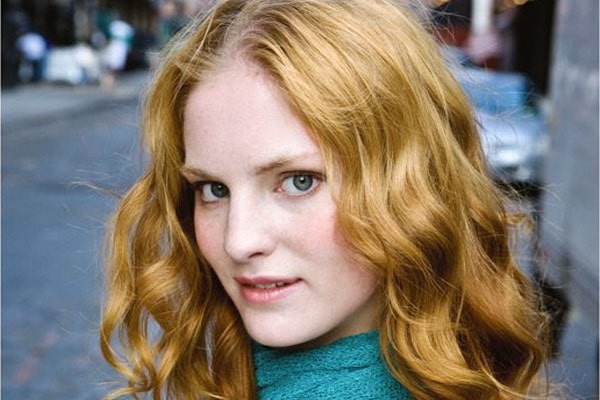 Ella Dershowitz is an emerging actress in the American Film Industry. However, she is more notable for being the famous criminal defense lawyer and Fox News’ political commentator Alan Dershowitz’s daughter. As the father-daughter duo, Ella and Alan are on completely different career paths; they rarely appear together in the limelight. However, they share a great bond behind the camera.

Since she comes from such an interesting familial background, the American actress has garnered attention from people worldwide. So if you are one of them, read till the end to know some facts about the emerging actress and attorney Alan Dershowitz’s daughter, Ella Dershowitz, including her love life.

Ella Dershowitz is the only child and daughter of Alan Dershowitz with his second wife, Carolyn Cohen. Her parents exchanged wedding vows in 1986. At the time of their wedding, Carolyn was thirty-three years old, and Alan was forty-five. Ella was six-months-old when People magazine wrote about her father, Alan Dershowitz, in July 1990. It means Ella might have joined the Dershowitz family either in the month of January or February 1990.

Now in her late 20s, Alan Dershowitz’s only daughter, Ella, went to the Milton Academy from where she graduated in 2008. Later, Ella Dershowitz attended LAMDA, London Academy of Music & Dramatic Art, from 2008 to 2011. Then, she earned her bachelor’s degree in Arts with a major in theater from Yale University, the rival of her dad’s alum, Harvard University.

Children of celebrities rushing into the spotlight are nothing new. But hardly ever they take bold, risky moves like Alan Dershowitz’s daughter, Ella Dershowitz. The beautiful girl of Alan and his wife, Carolyn, Ella, did not follow in her father’s footsteps; rather, she chose to make her own path. Instead of a Juris Doctor Degree, she decided to do a Bachelor of Arts in a theater. Now, she is on her way to step out of her famous father’s shadow and shine all on her own as an actress.

Since college, Ella Dershowitz has starred in off-Broadway shows and tv-shows. Ella’s stage credits included the Vineyard Theater’s Can You Forgive Her with actress Amber Tamblyn in 2017. Also, Ella performed in the 2014 comedic series Intimacy, Twelfth Night, and The Screenwriter’s Daughter. Moreover, her TV resume includes her appearances on shows such as The Affair on Showtime, Knife Fight, and Lie To Me on Fox Network. Most recently, she was part of the show Thomas and Sally from Marin Theatre Company.

It has been quite some time since Ella Dershowitz is away from the media attention. She is probably preparing for her big break in her career as an actress, staying far from the media reach. We hope to see Alan Dershowitz’s daughter, Ella, gaining much fame in the American Film Industry soon.

Dershowitz Is A Passionate Puzzler

Besides having a keen interest in the film industry, Ella Dershowitz has a passion for developing a variety of puzzles. According to her website, she has been making theater-themed crossword puzzles to get her theater fix and help other people get theirs. She posts a new crossword puzzle every month or so on her social media pages, including her personal website.

If you are a crossword puzzle lover, then you can try out the puzzles posted by her on her website and other social media handles. Her friends, including Aimee Lucido and Matthew Stock, also help her make interesting and attractive crossword puzzles.

She Has Two Elder Half-brothers

As mentioned earlier, Ella Dershowitz is the daughter of the celebrity lawyer Alan Dershowitz with his second wife, Carolyn Cohen. Ella has two brothers, Elon Dershowitz and Jamin Dershowitz, from her dad’s first marriage to late Sue Barlach. Sue took her own life by jumping off the Brooklyn Bridge, a decade after her divorce from Alan. Since then, Alan raised his sons by himself till he met Ella’s mom, Carolyn.

Ella Dershowitz’s brother, Elon Dershowitz is also a part of the movie industry like her. According to his IMDb page, Elon is a director known for Fallen, Wall Street, and Reversal of Fortune. In contrast, Ella’s other half-brother, Jamin, followed in his father’s footsteps and is currently serving as an attorney. He graduated from Yale Law School. Ella and her siblings rarely appear before the camera together. However, they share a great bonding away from the spotlight.

The emerging actress Ella Dershowitz prefers to keep her family and love life private. Consequently, there is no detail available on the media platform about her dating life. Moreover, Ella does not share much on her social media handles like Facebook and Instagram. As a result, it is unknown whether she is in a marital relationship or has any children or it could be that she is still single.

As for now, she is living a secretive life far from unnecessary media scrutiny in Manhattan, New York. But we know for a fact that the person who will capture Ella’s heart will be one of the luckiest human beings in the world. While she seems to be enjoying her life, we hope that the talented actress will soon find the love of her life.