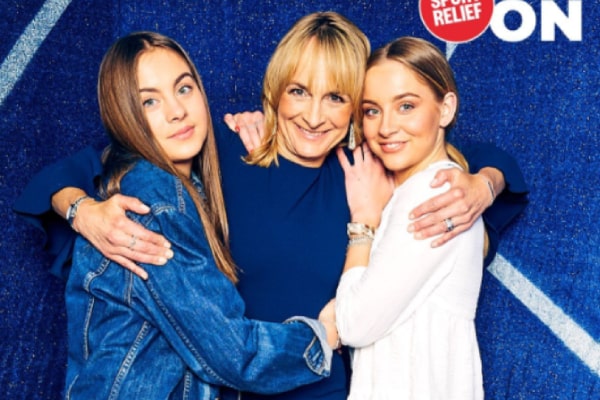 The former BBC news presenter Louise Mary Minchin, simply Louise Minchin, currently works freelance within the broadcasting corporation. The talented anchor presented BBC Breakfast for over 20 years. Besides, she was a co-host, co-presenter, and presenter of the shows Real Rescues, The One Show, and Missing Live, respectively.

Apart from her illustrious career, Louise is very close with her partner and kids. She has been happily married to David Minchin since June 1998. Furthermore, the couple welcomed two children during their marital bond. Hence, in today’s article, let’s talk about Louise Minchin’s daughters, including their careers and interests.

Mia Is The Eldest Child

Born in 2002, Mia Minchin is the first baby of her parents. However, her birth year varies from site to site. As per some online tabloids, she was born in 2003 while others suggest that she arrived in 2001. Mia has one younger sister, Scarlett Minchin, who was born after a few years in August 2005. On the other hand, some sources claim that she was welcomed into this world in August 2006. Moreover, the eldest Minchin often shares pictures together with her little sister and mother making it evident that they share a solid bond.

While Mia occasionally shares snaps of her traveling and enjoying her life, Scarlett’s IG account is private and prefers to live away from the media limelight. Also, the eldest Minchin completed her high school education at the King’s School Chester. As of November 2020, she was a sophomore student at the University of Manchester and she was studying business management. Not only that but she was also involved in the women’s lacrosse club of her college.

Both Louise Minchin’s daughters have grown up. Sharing the article on her Twitter account recently, the news presenter opened up about her sadness when both of her girls prepared to leave home for their studies. Mia was the first to leave for university around 2019. The journalist explained that her younger baby would also follow her elder sister and leave within a short period.

This is for all of you with children leaving home or who have already left … https://t.co/eNA6oMznBK

At first, the empty nest with no one at home to look after 24 hours a day and seven days a week sounded exciting to Louise. She thought it would reopen a door to freedom, a welcome return to the care-free days she had before becoming a mother. However, when Mia left home, she felt devastated. Although the BBC Breakfast presenter guessed she would miss her baby girl, the depth of her emotion of how deeply she felt her absence surprised her.

Mrs. Minchin further explained she would walk past her bedroom and feel a stab of sadness when she remembered her baby wasn’t there, hidden under the covers, fast asleep. Despite the emptiness, the mother of two is proud of her kids as they are confident enough and are willing to go out into the world and make their way.

The former Missing Live co-presenter concluded the article by saying it is a natural process. So, she will be using distraction techniques. Reminding herself that she is and will always be the mother to Mia and Scarlett, Louise said she will always be on standby 24 hours a day for an emergency like no notice FaceTime, to cook them meals when they come home, and to clean their clothes.

Mia and Louise Minchin opened up about the stalking ordeal they went through in March 2022. The mother and daughter had been terrorized by a man who attacked them with online abuse and knew where they lived. The perpetrator, Carl Davies, the ex-boyfriend of the renowned star Nicola Roberts, was jailed in December 2021, for two years and eight months and was handed an indefinite restraining order.

Carl initially denied two counts of stalking but later switched his plea to guilty. He was previously spared jail for hounding his ex-girlfriend, Nicola.

Recalling exactly what their stalker had put them through, the eldest Minchin said she was logged into her mother’s IG account, and suddenly, loads of offensive messages started to come. It left Mia so terrified that she could not sleep all night, and for the entirety of the next day, she was in floods of tears. The journalist added Davies had even stood outside of their front door.

Although the perpetrator has been imprisoned, the traumatic experience changed the Minchin family profoundly. For instance, the journalist tends to be very conscious of who is behind her and make sure she doesn’t have her headphones in if it is dark and there is no one else around. In addition, Mia said her famous mom constantly checked where she was. Plus, the mother-daughter duo did an ITV documentary to raise awareness about the terror of stalking.

Altogether, Louise Minchin’s daughters have grown up and are attending universities. We wish them a happy and healthy life ahead.