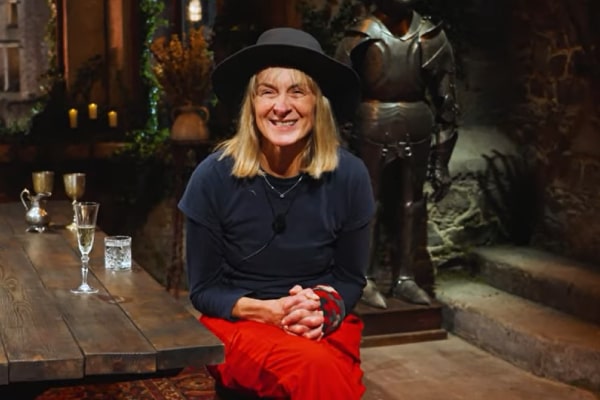 Louise Mary Minchin, aka Louise Minchin, is a British television presenter, anchor, and journalist. Minchin is also a former news presenter for BBC Breakfast. For now, the talented personality works freelance within the BBC. Moreover, she began her career in the Latin American section of the BBC World Service and has come a long way now.

Regarding the University of St. Andrews graduate’s personal life, she is a loving partner and a doting mother. In addition, she has been married to her childhood love David Minchin since 1998. Thus, today’s talk is about Louise Minchin’s husband, including how the pair first met.

Were Destined To Meet

David Minchin was a childhood crush of the news presenter. Louise shared how she fell for her husband when she was just 13 years old. As per the famous personality, she used to go to a particular beach in Cornwall at a particular time of the year. There she was obsessed with this one boy, who she used to call the guy in the Kinks T-shirt. He had a guitar and a surfboard which the anchor found really cool. Besides, Mrs. Minchin knew the cool guy was five years older.

Many years later, David’s wife made a friend called Ali, who got two older brothers. When the news anchor was 28, she and Ali had a conversation about going to the beach on holiday. She asked her friend if one of her brothers used to wear a Kinks T-shirt, and lo and behold, one of them did.

Shortly after, David and Louise met each other at one of Ali’s parties. However, the journalist was dating someone else at that time. So, David asked her to give him a call if she ever chucked her boyfriend. Moreover, Minchin did it and the pair started dating after two months. Less than a year later, the couple exchanged their wedding vows on 6 June 1998 in a small Hampshire church.

Louise doesn’t know how much wood would a woodchuck chuck, but she did chuck her boyfriend! #ImACeleb pic.twitter.com/GGjODQET0o

Ever since, the Minchin pair have been happily together. Besides, it looks like the lovebirds were destined to meet each other and spend their life together.

Also Read: Take A Look How John Oliver’s Wife, Kate Norley, Saved Him From The Deportation

As reported by several articles, Louise Minchin‘s husband is a restaurateur and investor. As per The Sun, he has invested in several pubs, inns, and restaurants in East Anglia and Chestnut Inns. In addition, the former BBC Breakfast star’s partner seems to prefer a private life. He does not seem much active on any kind of social media platform.

Well, as a restaurateur and investor, David must be earning well. As reported by glassdoor, a restaurant owner earns $50,377.67 (£41,378) a year on average. However, their income depends upon a large number of variables, including the type of restaurant and capital. Regardless, David Minchin’s net worth must be a substantial amount.

On the other hand, David’s wife, Louise Minchin’s net worth is a massive sum that she has accumulated with her career as a BBC news presenter and anchor. As per Express, the anchor was one of the highest-paid BBC Breakfast stars. Her salary was between $261,895.80 to $267,985.18 (£215,000 – £219,999) per year in 2020. Hopefully, the Minchin couple continues to achieve success and pocket more fortune in the coming days.

During her appearance on Tipping Point: Lucky Stars, the former BBC Breakfast presenter opened up about her better half’s battle with cancer when he was 28 years old. Louise appeared on the celebrity version of the game show to raise funds for a charity and played against comedian Josh Widdicombe and presenter Michelle Ackerley.

While playing, the anchor revealed that any money she won on the show was going to a cancer charity called Move that will help individuals living with the disease. Despite her charitable aims, the talented TV personality was the second celebrity to be eliminated from the show. However, she took $3,165.50 (£2,600) for the Move.

David and Louise have been together for over two decades. During their long journey together, the married duo has created a beautiful family of four, including their two lovely daughters. They are Mia Minchin and Scarlett Minchin.

Born in 2002, Mia is the first baby of her parents. Her younger sister Scarlett was born three years after. The Minchin sisters must share a solid bond with each other.

Moreover, Louise Minchin’s daughter recently opened up about her stalking ordeal. Although the perpetrator, Carl Davies, was jailed in December 2021, the ordeal left the mother-daughter duo emotionally scarred. The event has also changed the Minchin family profoundly,

Nonetheless, Louise Minchin’s husband is doing well and seems to be enjoying his life to the fullest along with their family. In addition, his professional life appears to be going smoothly. We wish David Minchin a more joyful and prosperous life ahead.