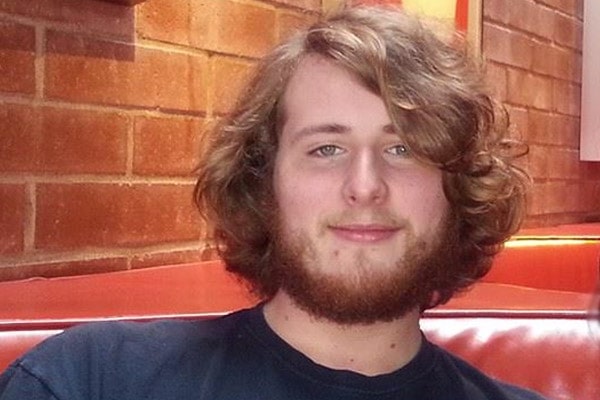 Christopher Edward Wilding is the son of Late Hollywood actress Elizabeth Taylor with her second husband, Michael Wilding. Besides, Christopher is also famous for his works as an actor in American TV shows, dramas, and movies. His acting credit goes to films such as Tombstone, Overboard, and The Shadow.

The American Entertainment personality, Christopher, married two times. His first marriage was with the social activist Aileen Getty from 1981 to 1987. Then, he wed his current wife, Margaret Carlton, a.k.a. Margi Carlton with whom he has a son, Lowell Wilding.

The son of one of the acclaimed actresses Elizabeth Taylor, Christopher Wilding, welcomed his youngest child with Margaret Carlton, Lowell Wilding, in 1992. Lowell is the first kid of Margaret and Christopher together. However, he is the third son of his father.

Lowell completed his high school from Viewpoint School, Calabasas, CA. Later, he enrolled in Emerson College for his further education and graduated from there in 2014. Currently, he is working in the Starbucks since May 2013.

As mentioned earlier, Lowell’s dad, Christopher, was previously in a marital relationship with Aileen Getty for some years. With Getty, Christopher has two sons, one adopted and one biological.

The eldest son of Christopher is Caleb Wilding, who was adopted in 1983 by Christopher and Aileen after several unsuccessful pregnancies. Similarly, the second one is Andrew Wilding, whom Aileen gave birth in 1984.

His Mother Is Also In The Film Industry

Like all the other Wilding family members, Lowell’s mom, Margaret, is also actively connected with the Film Industry. Unlike other Wildings, Margaret is famous for her work in the sound and editorial department.

The Emerson College graduate, Lowell’s mother, Margi, worked as a sound editor in numerous T.V. shows and movies, including Red Shoe Diaries, Children of the Dust, and Murder One. Furthermore, she also served as an editor in the 1986 film The Devastator.

Lowell is very close with his large Wilding family and reminisces fondly about his grandmother, Elizabeth Taylor. His love and appreciation for his generous and philanthropic grandma run deep in his heart.

Lowell explained to the Elizabeth Taylor AIDS Foundation that his grandmom could so quickly have done nothing, like so many others. Instead, she fought, cared, and worked for people who have HIV/AIDS.

The son of Christopher Edward Wilding, Lowell, hopes to continue his grandmother’s legacy and preserve it. And Lowell is not just fixed in his words about Taylor; instead, he shows it in his action. He created an Elizabeth Taylor Archive: a new addition to the Elizabeth Taylor Trust.

Like many of Wilding offsprings, Lowell also lives in Los Angeles. He is not far but a hop, skip, and a jump away from Beverly Hills from his home. It’s where Lowell’s granny, Elizabeth Taylor’s trust, is based.

The name Lowell is of English origin, which means Little Wolf.