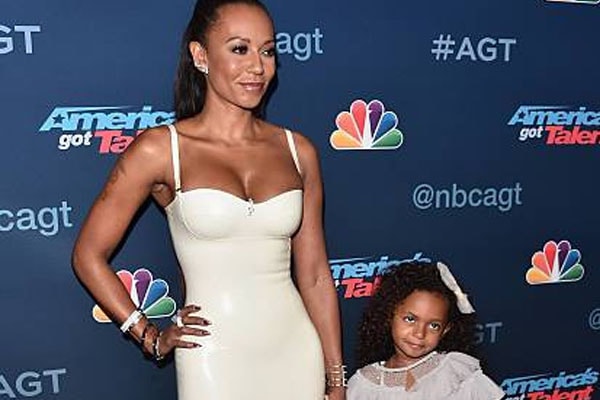 The former Spice Girl Mel B‘s daughter Madison Brown Belafonte was born on the 1st of September, 2011. Melanie Janine Brown aka Mel B had her youngest daughter with her ex-husband Stephen Belafonte.

Madison Brown Belafonte Is The Mini-Me Version Of Her Mother

Amongst the three children of Mel B, her youngest daughter Madison looks like a replica of hers. Her other daughters resemble Mel B in some way, but the cute Madison has got more similarities. Plus the lovely mother-daughter duo of Mel B and Madison Brown Belafonte tend to spend a lot of time together. Mel B frequently uploads photos of her daughter Madison alongside her. And by that, we can see how much enjoyment there is between Madison and her mother Mel B.

Madison and Mel B love using different stickers on Instagram and later upload it.

Mel B’s youngest daughter, Madison has already started her piano classes, and amongst all the people, Mel B seems to be much more excited. Maybe Mel B also wants her daughter to follow her footsteps and be a singer like her. Now only time will let us know if the little Madison Brown Belafonte will end up being a huge singer or not.

Alongside her mother, the cute Madison Brown Belafonte is also very much close to her father. Stephen has nicknamed his daughter Madison “Maddy bear.” If you go through his Instagram, then you will find plenty of posts related to his daughter Madison.

There seems to be a problem going on between Madison Brown Belafonte’s parents. Stephen posted a picture with a huge caption stating how Mel B took away their daughter from him. Let’s hope the ex-pair will sort it out soon.

The name Madison originated from the transferred use of a surname meaning “Mad’s son.” Mad was a regular pet form of Matthew which means gift of God.