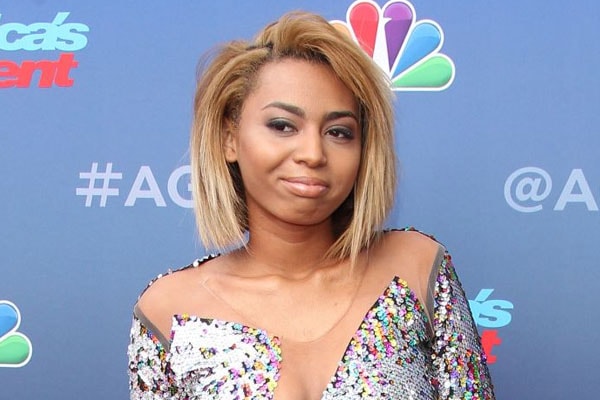 The English television personality, singer and actress, Mel B’s daughter, Phoenix Chi Gulzar was born on 19 February 1999. The nineteen years old Phoenix is the eldest and only daughter of Mel B with her former husband Jimmy Gulzar.

The parents of young Phoenix, Mel B and Jimmy, exchanged their engagement rings on 13 May 1998 and eventually walked down the aisle on 13 September 1998. Mother Mel was already pregnant with Phoenix before the former lovebirds tied their knot. The oldest child of the family, Phoenix is the half-sister of Angel Iris Murphy Brown and Madison Brown Belafonte.

The eldest daughter of Mel B  with her former husband, Jimmy Gulzar, Phoenix Gulzar is stunning shares an uncanny resemblance with her mother, Mel B.  The adorable daughter of the celebrity mother has a sense of style and is becoming a star, thanks to her appearances with Mel B.

The stunning mother and daughter share a strong bond and have also proved that they split stunning good looks while commanding attention. The former Spice Girl mother, Mel B dazzled in a skimpy intricate number as Phoenix was successful in turning heads in an eye-popping gown for the America’s Got Talent kickoff event.

The stunning Phoenix flaunted her amazing toned and tanned arms and legs alongside her mother. The talented America’s Got Talent judge showcasing her ample cleavage in an embellished gown. The mother-daughter pair looked alike and could definitely pass for sister rocking the red carpet. According to mother, Mel, the teenage daughter raided her wardrobe for the occasion and it’s easy to see why!

Phoenix has an Interest in Acting

The 19-year-old Chi will be starring in new Channel 4 four-part series Born Famous. The show is about the teenage kids of some of UK’s most successful self-made celebs. The rich celebrity kids are put in the position of what could have been their alternate realities. The young Phoenix will have to spend time in her mother’s birthplace Leeds to discover what it was like for Mel B growing up before she hit the big time.

The lovely name Phoenix is a unisex name and sounds good for either gender. The name is from the Greek “Phoenix” or “dark red”. The Phoenix is a type of bird often immortalized in Greek and Egyptian mythology as a creature that has the power to rise from its own ashes. The southern symbolism of the name deals with purity, renewal, strength, health and the present moment in time.