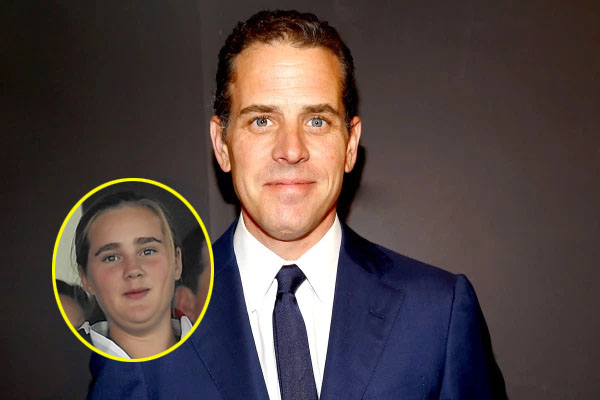 Maisy Biden is the granddaughter of the former U.S. Vice President Joe Biden and daughter of Hunter Biden. Maisy is the youngest child of Hunter together with ex-wife Kathleen Buhle or Kathleen Biden.

Hunter Biden’s daughter Maisy Biden is the youngest among her siblings. She has two older sisters Naomi Biden and Finnegan Biden.

Maisy Biden Is A Basketball Champ

Maisy Biden, Hunter Biden’s daughter, is a basketball player. Not just a player but an excellent player that the former U.S. President Barack Obama even praised her while addressing U.S. Women’s Olympic basketball team in 2012. Her grandfather Joe also gushes that Maisy is so athletic. Maisy and Sasha Obama, Barack Obama’s youngest daughter, are friends and they attended Sidwell Friends School in Washington D.C. They were also together in the school’s basketball team which was coached by the president himself for some time.

Maisy Biden and Sasha Obama have been good friends over the years just like Barack Obama and Joe Biden. The girls were also spotted together at Miami beach enjoying a holiday back in 2017. According to the Daily News, they stayed in Posh Setai hotel with some friends. We guess they are still carrying on their great friendship to date.

Although Joe Biden is a powerful and famous figure in the world, his granddaughter Maisy chooses to live a low key life. She is not very active in social media. As she is a high school graduate maybe she is busy preparing for the college years. Or maybe she is on the way to make Barack Obama’s prediction that she would be a player in the WNBA come true. No one knows for sure, but we wish to see her become one.

Well, it’s a grand thing for the Biden family but the best for the America as Biden gets ready to settle down in the White House by January 2021 with a plan to revive the greatness of America.

The President-elect, Joe Biden defeated President Donald Trump in several states with monumental votes. Whilst Joe is humbled by the trust of American people toward him and Kamala Harris,Trump is off to the court claiming the election ‘rigged.’

Maisy is a name for a girl. It is a pet form of the name Margaret which has its origin from the Latin name margarita. It means pearl.